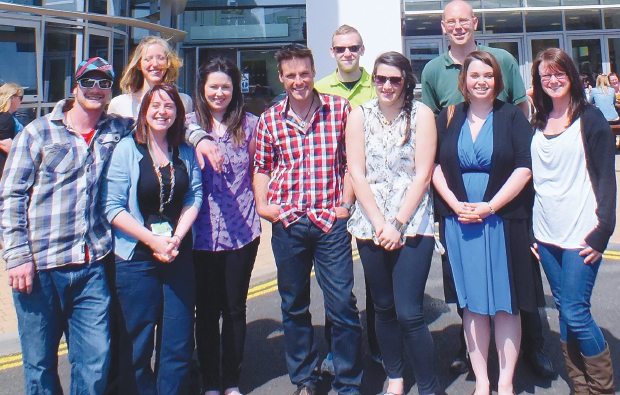 Mr Baker, who has also hosted Spring Watch and Weird Creatures, was at South Devon College’s University Centre for the event early this month that covered topics including animal health, ecology, marine conservation and sustainability.

It involved academic staff from Plymouth University and all the college’s foundation degree animal science students.

Lucy Foster, who is in her second year of a foundation degree in animal science, said: “It was so nice to be in a room full of people who care about animals and the natural world as much as I do.”

Samantha Law, programme manager and lecturer in animal science, said: “It was fantastic to see our degree students engage in this event. It gave them a valuable opportunity to expand their academic skills.

“There was a real variety of projects and the audience asked some challenging questions. Everybody was inspired by Nick’s fun and informative lecture.”