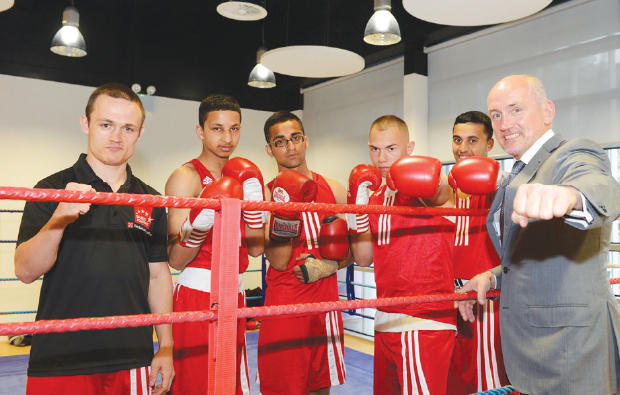 The boxing legend joined East Berkshire College principal Katie Webb and chair of governors Tony Dixon at the opening ceremony, and later made time to sign autographs, answer questions and give advice to young boxers.

He said: “The college is doing some great work here and the new facilities will enable more young people in this area to get involved in sports like boxing.”

Visitors to the opening had the chance to watch and to take part in a variety of activities that showcased the centre’s facilities, including five-a-side football, a street-dance class and a series of boxing demonstrations.