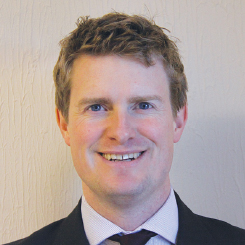 A rich vein of history runs through Tristram Hunt, rising to the surface and touching everything he talks about.

The 38-year-old history graduate’s love for the Industrial Revolution, which spawned times of “great equality” across the UK because of the industrial power yielded by cities other than London, has informed his pro-manufacturing views.

He’s penned history books and broadcast history-based television programmes. And his main contact with the FE sector is when he teaches students in his Stoke-on-Trent constituency.

But it was the poverty that the Shadow junior education minister saw in Chicago during an exchange fellowship that fired his ambition to work with the Labour party.

“I went to Chicago for a year. The university is on the south side, which, when I was there, was a very hairy place,” he says.

“The levels of poverty and dysfunction were stark for a nice boy bought up in Cambridge.

“It was a bit of a political awakening. I came back and got involved.”

This was in 1997. He was 22 and volunteered during that year’s election campaign. He says that he liked the shape of the party under Tony Blair who he describes as an “attractive and modern, European figure”.

“Blair was great and inspirational when I was a young man,” says the MP who, as a student at the University of Cambridge, rubbed shoulders with stars such Sacha Baron Cohen and became friends with comedy writers David Mitchell and Rob Webb, fellow members of university drama group, Footlights.

Hunt says present Labour leader Ed Miliband has “a very real passion for youth services and young people. It’s good to be working for him”.

But the father-of-three says more could be made of FE colleges.

“There’s a big resource that isn’t being utilised effectively — either locally or within broader skills strategy. Libraries are under great threat in many local authorities; you’ve got all these colleges with resources. Should we think about co-location for those kind of services?” he asks.

At elections you’re the candidate and you’ve got the machinery.  If you lose, well you’ve lost, but in selections you’re in a struggle with your own side and it’s more edgy”

“The heart of it is in skills. What do local employers and businesses need in terms of skills provision? We know our skills capacity is poor at the moment. The good thing about FE colleges is they’re hooked in locally.

“There needs to be more in terms of their relationship with employers, businesses and industry but you want them as local drivers of skills.”

He says that localising budgets for skills and training through local enterprise partnerships, is “not a bad policy” but FE colleges need to “step up to that”.

“They’ve got to get the basics right,” says Hunt who lives between Stoke-on-Trent and North London with his textile designer wife, Juliet.

“Is the teaching capacity there? And is the focus there? There should greater focus on functional skills teaching. It’s increasingly important with the raising of the participation age . . .  and it’s what employers want,” he says.

Hunt, who has two sisters, went to his local Cambridge primary until the family moved to North London, where his lecturer father took a job as a meteorologist. While his mother started work as a landscape architect, he moved on to University College School, an independent school, where teachers fostered his love of history.

“History is really important,” he says. “It’s one of the few academic syllabuses that everyone has a view on; it goes beyond its own perimeters because it’s about citizenship, national identity, understanding — it affects everyone. It’s even more important in a multi-ethnic age when you don’t have those traditional levers of understanding outside the classroom.”

He adds: “It’s also fun. Learning of human failures, achievements and weaknesses give a greater understanding of ourselves.”

He says that although he was politically aware as a youngster – his father Julian was a leader of the Labour group on Cambridge City Council and was made a lifelong peer in 2000 — he was not politically active through school or university. That came after his year in Chicago.

After completing a doctorate in civic thought, he returned on and off to the party in between presenting programmes on the English Civil War, the theories of Isaac Newton, and the rise of the middle class. He also appeared regularly on BBC Radio 4.

Yet despite all this, the former lecturer in modern history at Queen Mary, University of London, writer for the Observer and Guardian and, most recently, biographer of Friedrich Engels, says the “most stressful thing” he’s done is candidate selection.

“At elections you’re the candidate and you’ve got the machinery.  If you lose, well you’ve lost, but in selections you’re in a struggle with your own side and it’s more edgy,” he says.

In 2007 and 2009 he failed to be selected for safe seats in Liverpool and Leyton and Wanstead. When he was finally selected for Stoke-on-Trent in 2010, there was controversy over him being “parachuted in” at the last minute. He won by 5,566 votes.

“The consolations of history are rather good because you look back at all sorts of people who’ve been through similar processes and it’s a truism that you have to go through various elections and selections before you’re successful. It’s the battle and grind of it,” he says.

“I was delighted with the end result; it’s great to be representing Stoke.”

He has argued that the Staffordshire city should make the most of its famous but dwindling pottery industries and has criticised the local council’s decision to “try to obliterate the past, and sort of ‘cleanse’, removing the old bottle ovens and other relics”.

He says that his favourite era is 1750 to 1850 when the Industrial Revolution gave rise to great urban civilisations in Manchester, Liverpool and Stoke-on-Trent, creating with it a “British identity”.

“We have wonderful facilities in Stoke but they really need more money and support and talent drawn to them because everything is sucked into London,” he explains.

“A rebalancing of economic and cultural capacity across Britain is a strong priority for me, which is why the 19th century is so wonderful — there was a period of great equality across the country because of the industrial power that places such as Manchester and Birmingham had. They were places you really had to reckon with.”

He says that production of Spode [an English brand of pottery] is coming back to Stoke from China, but that skills shortages are a problem.

“You go into a pot bank and there’s no one there under 50. Thankfully all the local pottery firms are joining with the British Ceramic Confederation to work out a skills framework. Wedgwood has a good apprenticeship programme — we’re trying to push for that,” he says.

He says Stoke-on-Trent is a city where you can see “capacity and potential not being delivered”, because the right educational and skills results are not being achieved.

“That’s a real social justice issue and that is where governments can and should help,” he says.

“It’s where we can make a difference — that goes right through to children’s special educational needs, children in care. It’s fundamental to what being in Labour should be about.”

Planting bulbs that rarely flower, with
my children