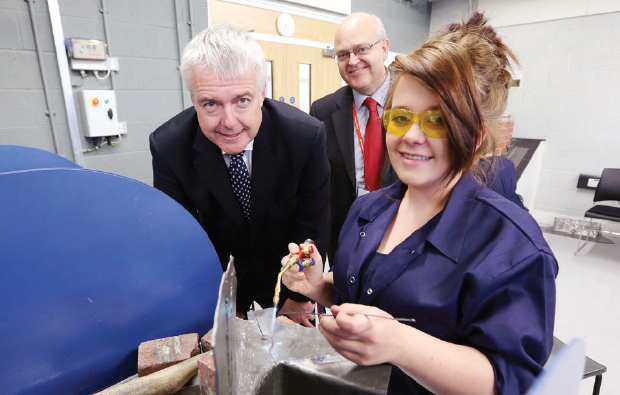 It was a day of firsts when the leader of the Welsh government visited a new £33m campus. First Minister Carwyn Jones met the first learners to study at Coleg Gwent’s state-of-the-art Blaenau Gwent Learning Zone.

As well as construction, the campus, which opened in March, offers courses in art, media, IT and independent living skills.

Mr Jones said: “The investment in this new facility aims to improve learners’ experiences and choices, as well as provide greater access, increased participation and improved standards. Many of these aims are already being achieved just months after it opened its doors.

“We want places of learning in Wales to inspire learners of all abilities. It is clear from the enthusiasm of the students and the wider community that this new Learning Zone is doing just that.”