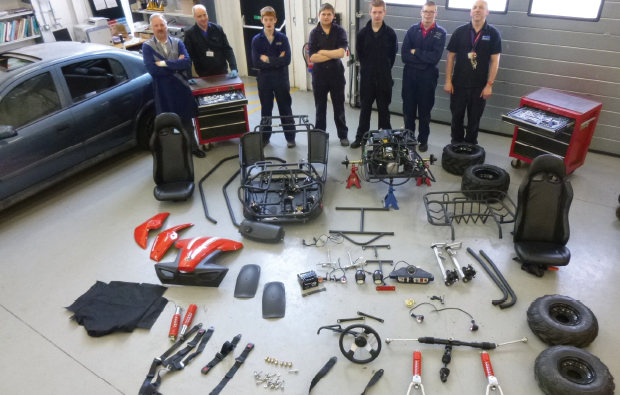 Teams at South Cheshire College researched their project by listening to local radio stations and used college studios to produce their shows, which were then judged by their classmates and media tutor Jeffrey Fox.

The winning team, Libby Lovell, 16, Ian Macdonald, Katie Wright, and Charlie Bickerton, all 17, chose to produce a show aimed at younger listeners, who they felt were not always targeted by mainstream broadcasters.

Katie, from Crewe, said: “This was a fantastic project and gave us great experience of working as a team and using the college’s broadcast and editing facilities.”

The winners were presented with an Oscar-style golden radio as a trophy.

Jeffrey said: “The students all showed great professionalism and dedication throughout the project, exploring an area of media that was completely new to them.”