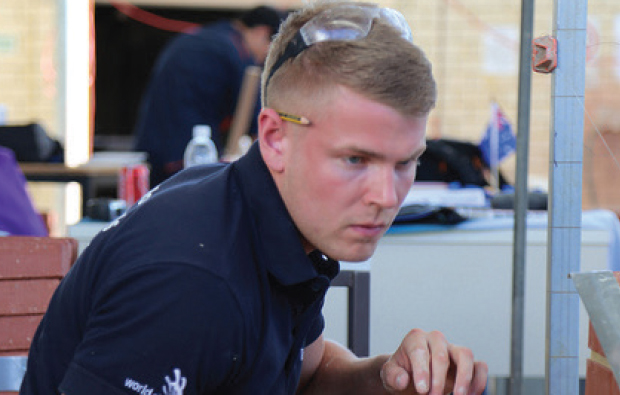 The foundations of WorldSkills success have been laid Down Under for a 20-year-old Cheshire student.

The competition is seen as a warm-up for July’s WorldSkills in Leipzig — where he will also be aiming for gold having already been selected for the UK team bound for Germany.

“I’m over the moon,” said Ashley, from Appleton, near Warrington.

“The competition was the fiercest I’ve ever faced so I’m delighted to win gold. I’ll now be training hard to make sure I win gold at WorldSkills.”

Paul Gould, curriculum manager for construction and the built environment at Warrington Collegiate, said: “From the start I knew that Ashley would do well. He was an exceptional student, talented and totally focused on being the best. I have high hopes of his achieving gold at Leipzig in the summer.”