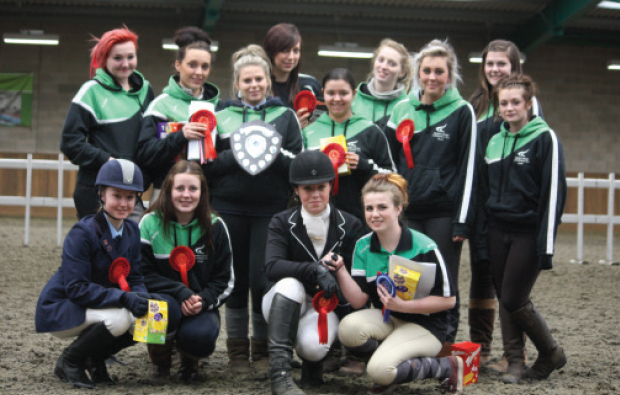 The team of second-year extended diploma in horse management learners competed against six other colleges at the final in Warwickshire.

They were put through their paces in three areas: dressage, show jumping and a test of their equine knowledge.

Equine lecturer Stephanie Meadows said: “The team did a fantastic job considering they were riding new horses supplied by the organisers, and were marked on clear rounds and style.

“Their win is testament to the skill and knowledge that they have developed during their time at Derby.”

She added: “This is the first time that we have won this competition . . . it is a huge accolade for all the students and staff involved.”