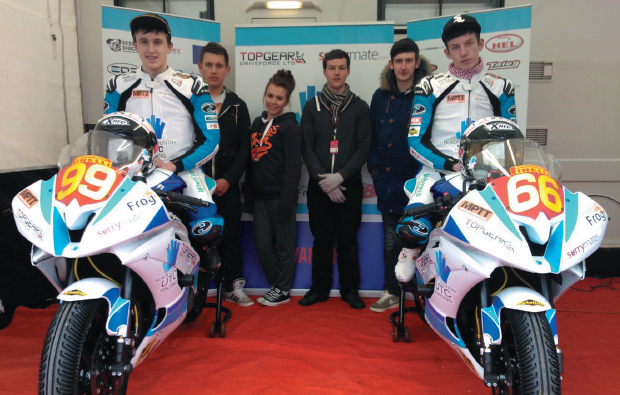 Midlands students had the chance to live life in the fast lane when they qualified at the first round of the MCE British Superbike Championship.

Motorcyclists, twins and Black Country UTC students Matthew and Kurt Wigley represented the UTC and were accompanied by four fellow engineering students, who gained valuable hands-on experience as the pitcrew.

The brothers have been racing motorbikes since the age of six.

Pit crew member Laura Myatt said: “The first race of the season helped us gain a lot of experience and it was exciting to be involved in the preparation to the races.

“It was interesting to learn how the brake lines work and we now have a better understanding of the technology.”

Two students also got to visited the garage of one of the top Superbike teams to get a better idea of the key roles in a larger pit crew.