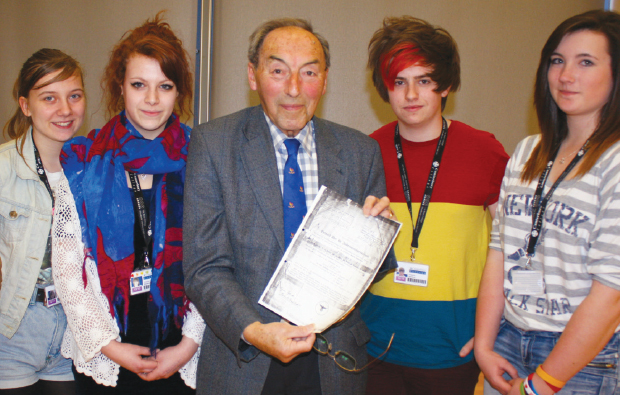 A Holocaust survivor’s tale of how his family escaped Nazi Germany was at the heart of the build-up to Diversity Week at Canterbury College.

John Izbicki, 82, told about 50 students of his family’s survival through Kristallnacht (the night of broken glass) when Jewish premises throughout Germany, including his parents’ haberdashery shop, were attacked.

His family hid in the ruins of a torched synagogue and had a close call with a Gestapo officer who caught John’s father but decided to let him go. Eventually all the family members made it to the UK.

The former Telegraph journalist said the message he wanted to put across was “don’t let it happen again”.

A-level student Nikki Welch, 17, said: “It was really moving to hear stories about the war from somebody who was there.”

Classmate Tasha Sleeman, 18, said: “He encouraged us to think about the horrors of yesterday in order to make tomorrow better.”