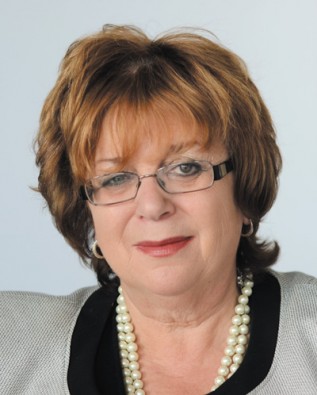 The world of FE is dotted with strong female role models.

There’s Dame Ruth Silver, chair of the Learning and Skills Improvement Service, 157 Group executive director Lynne Sedgmore and, of course, Toni Pearce who has blazed the FE trail to preside over the National Union of Students.

Meanwhile, the Association of Colleges has its third female president, Maggie Galliers — and the story of women at the top will continue after her with Bradford College’s Michele Sutton.

“People often ask what’s helped me” says the college’s principal for the past eight years.

“The support of my family has been really important [she’s a mum-of-two, grandmother-of-two and married to retired chemist Jeff].

“It makes me wonder — am I one of these women who’s had it all? I’ve got a good family life and a good career.”

When Sutton takes up the association’s one-year elected presidency in August, it will be the latest highpoint in a career in which she has repeatedly come out on top. She’s done the work of male bosses without fitting reward or recognition, jumped at the chance to operate in a potentially lethal workplace and more than held her own with big-hitting executives from across the pond.

It all began with a “fancy goods” stall in Doncaster market and two female role models; her grandmother Bertha Smaje and mother Cybil Marcus.

“My mother could sell absolutely anything to anybody. My grandma — she was a formidable lady — was nearly blind, but she’d sit at the end of the stall and direct you to serving people,” says Sutton, 64.

School too was a female environment as she went to a girls’ grammar. But the local technical college, where she did a secretarial course alongside A-levels and a national diploma in business studies, was far more interesting.

“There was an awful lot of boys there — mining apprentices and apprentices from the big manufacturing industries. For Doncaster, in those days, it looked more interesting than my very staid girls’ grammar,” says Sutton.

Manchester College of Commerce — now Manchester Metropolitan University — was next for a higher national diploma in business studies.

“I ended up in the same economic situation we’ve got today where graduates can’t get a job,” she says.

“I’d had my first child by then and my husband was still a PhD student. We needed money, so I fell back on my secretarial skills.”

A number of secretarial posts followed before a move to Derby with her husband’s first job.

“I got work as a PA to a director of marketing — I mostly did his job and his deputy’s, also a man,” says Sutton.

“I used to think ‘Why am I doing their jobs and I’m called a secretary and not paid very much?’ I wanted to progress because I could see I was better than they were. It was a moment of realisation.”

Despite earlier reservations about teaching, Sutton, by now a mum-of-two, came across an advert for a part-time business studies teacher at Southport College. She got the job and “loved it”.

“My husband then moved to Birmingham with his job and we saw this advert for what was then Handsworth College, now City College Birmingham,” she says.

“I went for interview and all the wiring was out because they’d had a health and safety problem — it was such a mess.

“There was a sense of challenge. It was 90 per cent black and ethnic minority students. But I thought ‘this is somewhere I can make a difference’. I really wanted the job, got it and was there for 14 years.” She started as a full-time lecturer in business studies and ended as vice principal.

It’s at this point that Sutton’s story intertwines with that of arguably the archetypal strong female — Margaret Thatcher.

Following riots in the early 1980s, the then Prime Minister made a tense visit to the college, which had escaped the violence.

If you want to make something happen, then go on and make it happen — don’t wait for everybody else”

“It was a bit uncomfortable because we felt a lot of empathy with our community . . . and her visit was difficult.”

But Handsworth also provided Sutton with her first experience of a female boss in FE.

“Pat Davies was little, formidable and sort of took me on as a protégée,” she says.

“She used to have a hundred good ideas a day that she would ring down to the staffroom. She’d say: ‘Could you pop up here for a moment please?’ And everybody would think: ‘Oh no, what’s she going to ask us now?’

“Some of her ideas were crazy, but some of them we tried and they were innovative. She had ambition, despite the college being in the backstreets of Birmingham.”

Sutton, who was appointed an OBE for services to further education and community cohesion in 2009, adds: “She allowed me to think women could get on and inspired me to think: ‘If you want to make something happen, then go on and make it happen — don’t wait for everybody else.’ You have to believe in yourself and your institution.”

And the institution believed in Sutton, sending her off to the US to do a masters in human resource development.

She says: “It was typically American in that everybody on the course was a vice president from places like Disney, GM, Bank of Nova Scotia — really big names. I turned up from a college in Birmingham thinking: ‘What am I doing here?’

“But it was a fantastic experience. The staff and the students were considered equal and it was all very democratic.”

Sutton, chair of the Leeds City Regional Skills Network and of the West Yorkshire Colleges Consortium, adds: “After that I was ready to be a principal, but I’d been at Handsworth for 14 years and thought wouldn’t somebody say ‘but can you do it somewhere else?’. So I decided to go for a sideways move to what was then Manchester City College.”

She spent five years there as vice principal, before taking over the top job at Rochdale’s Hopwood Hall College in 1999.

In 2004 she took over at Bradford where perhaps one of her biggest hurdles has been to hide a personal smile behind her professional image.

“My husband wanted to continue his education after retiring and so he came here as a student and did a masters in visual arts. We never really met — he had his own gang, women mainly,” she jokes.

“He got on well with the staff and created his own world in art and design. The really weird thing was shaking his hand on the stage when he graduated.”

So college life permeates Sutton family life, but then maybe the fact that she seems to live and breathe FE is the reason she’s the next association president.

“I’m passionate about the value that FE colleges — whatever their size or type — bring to individuals, communities, business and the wider economy,” said Sutton after her election.

But what’s the betting on another strong female role model, elected or appointed, in FE anytime soon?

What did you want to be when you were younger?
A performer in musical theatre

What do you do to switch off from work?
Read, listen to music, take the dog for a walk and spend time with my grandchildren

If you could invite anyone to a dinner party, living or dead, who would it be?
BB King and Boudica

What would your super power be?
Cleaning my house with a snap of my fingers