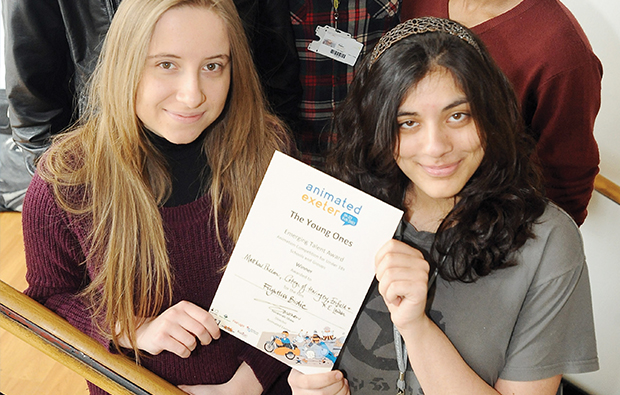 Young animators in London have won a national competition with their one-minute film about a frustrated penguin.

BTec animation students at The College of Haringey, Enfield and North East London submitted the film, Flightless Birdie, to an under-18s award at the Animated Exeter Festival, the largest festival of its kind in the UK.

Student Melda Mahmutoglu, 18, said: “Entering competitions is a great way to get experience. It’s a great platform — and really enjoyable too.”

The animation was shown alongside work by professional animators such as the British visual effects company, Double Negative, whose film work includes Skyfall.

Vice principal for curriculum and learner experience Jane O’Neill said: “We’re very proud of our animation students. They’re extremely talented and when talent is combined with hard work, these are the kind of results you get.”