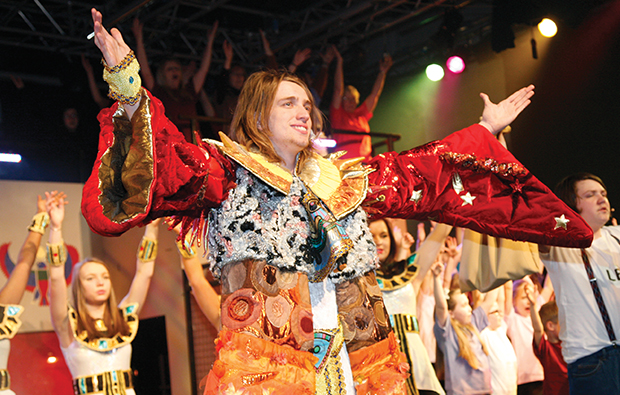 Dreams came true for a group of young people London when they staged a spectacular production of Joseph and the Amazing Technicolor Dreamcoat at a West End theatre.

More than 200 youngsters, led by learners from Havering College of Further and Higher Education, took part in the one-night-only performance of Andrew Lloyd Webber’s musical at Her Majesty’s Theatre.

The show was a community project involving schools and learning organisations from Havering and other London boroughs, including cast members as young as six and some with learning or physical challenges.

The production, directed by college music lecturer Peter Dayson, took a year of planning and rehearsals.

Featured image caption: Adam Wheeler, 17, who studies A-levels alongside a BTec in performing arts, leading a 200-strong cast as Joseph