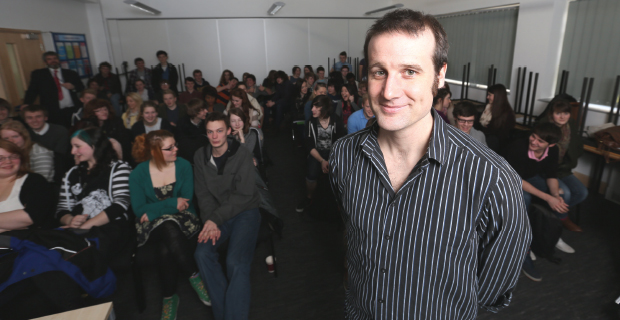 Comedian Matt Parker recently popped into Weston College to show around 90 A-level students that maths doesn’t always have to be serious.

The number-crunching  funnyman demonstrated how numbers were used in a typical episode of The Simpsons, and explained how maths was used in data encryption on websites such as Facebook.

Australian-born Matt, who has made a name for himself through YouTube videos and radio appearances, is a qualified teacher working in London.

Weston maths lecturer Ryan Aves, who organised the event, said: “Matt is very popular on the comedy circuit so it was great to have him along to show off his skills.

“His material is funny and thought-provoking, and he was a big hit with the students.”