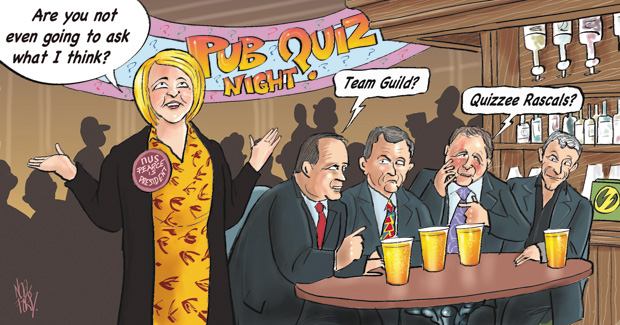 The National Union of Students will continue to push for a learner presence on the board of the FE Guild, describing the lack of representation as “wrong”.

President-elect Toni Pearce, who takes up the post in July, expressed anger after the revelation two weeks ago that the guild’s draft implementation plans did not include a student voice on the board. She is currently the union’s vice president for FE.

She said: “I don’t think it’s something that I’ll wait until July to say is wrong — students should absolutely be represented on board of the FE Guild.

“When students are represented in higher education bodies, why should FE students not have the same parity in terms of engagement? And frankly that’s what it comes down to, parity of esteem.”

The absence of student representation would be at odds with the direction of the rest of the tertiary education sector.”

The draft implementation plan compares the guild, which has yet to be officially named, to the HE Academy, which does have learner representation on its board.

Current NUS president Liam Burns said he would keep talking with the guild’s steering body in his last months in the role.

“The absence of student representation would be at odds with the direction of the rest of the tertiary education sector,” he said.

“An attempt to dilute the learner voice would also run counter to good practice in governing bodies in both higher education and further education, where two student governors are full members.

“In the coming weeks, we look forward to… making the case for national learner representation, and striving to ensure the student voice is at its heart.”

It proposes “learners specifically be part of the wider sector engagement processes, rather than part of the governance arrangements”.

David Hughes, chief executive of the National Institute of Adult Continuing Education and independent chair of the steering group, said that how learner voices were heard would be part of the next phase of the guild’s development.

“The consensus in the steering group has always been that the guild must and will commit to engaging with and responding to the views of learners,” he said.

“I am looking forward to continuing to work with the NUS and others to agree how best we consult and engage with learners and discussing the priorities for the guild.”

The guild will be funded by a direct grant from the Department for Business, Innovation and Skills (BIS) for its first two years.

A BIS spokesperson said the establishment of a sector-led guild was central to placing learners at the heart of government reforms of the education and skills sector.

The spokesperson added: “Rightly, it is for the guild to decide how best to engage all stakeholders, including learners, in the ongoing development of its work.”

Christine Doubleday, deputy executive director of the 157 Group, said the group recognised the importance of the guild and welcomed the debate the implementation plan had stimulated.