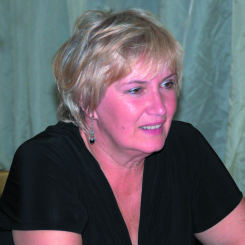 Successful changes to how FE institutions are governed in New Zealand should prompt scrutiny of governance in British institutions, says Janice Shiner

New Challenges, New Chances completes what was started in 1993, when colleges were taken out of local education authority control and given a degree of independence. The sector is now in a very different place, with colleges having almost all the freedoms and flexibilities they need to determine their own destiny.

It feels much more like my New Zealand experience where equivalent organisations were run by chief executives with an eye on the next opportunity and their position in the local and global education market. They had for some time worked in a fees and loans regime for much of adult provision, but with the freedom to develop new programmes and take them to market.

There are no awarding bodies in New Zealand: polytechnics (college equivalents) can award their own qualifications, including degrees. Nobody questions whether a degree from, say, the Bay of Plenty Polytechnic [an institution in a small city] is credible.

It is clear the freedom created the space for innovation. It carried risks, of course, and needed a fast, high-quality response to failure — by the institution and, if not successful, by the Tertiary Education Commission [the body responsible for funding tertiary education in New Zealand].

There are no awarding bodies in New Zealand

An appointed commissioner provided a communication link between the funder and the polytechnic’s board, and made independent recommendations to the government on the best way forward.

But it is perhaps two other changes that have made the biggest difference in recent times, first, the introduction of an investment plan where institutions agree in advance what they will deliver in return for government funds (at a reasonable level of detail and in response to robust analysis of local need confirmed by stakeholders) and second, changes to governance.

Each polytechnic governing body has up to eight members. The chair and three others are appointed by the government and four by the community. There are no staff or student members (institutions are expected to put in place ways of consulting with key stakeholders). Early evaluation confirms the benefits, not least greater strategic understanding of the issues facing the polytechnic and more robust monitoring, including greater performance management of the chief executive.

For me, governance in English colleges is the one area that has not been subject to the sort of scrutiny and challenge that is needed in the new environment. Perhaps some governing bodies are too big, too fragmented, too focused on the wrong things. In the colleges that are getting into trouble, either through financial mismanagement or poor quality, governing bodies cannot possibly be asking the right questions and robustly monitoring the outcomes of actions taken. A commission on governance is long overdue.

Incorporation has been a long, slow and sometimes frustrating journey and, at times, has felt like two steps forward and one step back. But if incorporation in 1993 was a big step change for the sector, then the challenge this time feels bigger. We have a sector that is mature and ready to take it on.