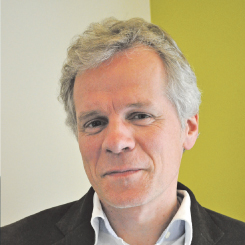 Julian Gravatt remembers the first week of Incorporation. The reforms may be a distant memory, but they still pack a punch to this day

For someone like me, who joined a college in 1992 to help it with self-government, Incorporation was a big deal. All the staff at Lewisham College had a letter to tell them they had a new employer.

Ruth Silver, then principal, held an event for local stakeholders to persuade them the college was on the turn.

Meanwhile, in the finance office, we switched off the council’s computer system.

The college started life with no cash, but a week later a cheque for £1.8m arrived in an envelope from the Further Education Funding Council.

If it hadn’t come, we’d have had to delay the payroll beyond Easter . . . but all’s well that ends well.

Within a year or so, we had survived the bankruptcy of our training and enterprise council, secured an excellent inspection grade and were negotiating a £10m loan to fund a new building.

Twenty years on, Incorporation is a distant memory, but the reforms it brought still have an impact.

Incorporation was a collective experience for colleges that introduced a degree of standardisation to a diverse sector.

If [the cheque] hadn’t come, we’d have had to delay the payroll beyond Easter”

A small and ambitious funding council introduced far-reaching changes that are still with us today: national prices and rules, an emphasis on qualifications, a comprehensive data collection and a process for merging institutions.

In the years that followed, standardisation has allowed other sector organisations to operate and has given the English college sector a strength it might otherwise lack.

Incorporation gave colleges their freedom, but funding realities forced them to make quick changes. After years of relative neglect, they found themselves in a relentless annual cycle of policy and budget reform. Although it is easy to count the costs and the losses, the sector has become more flexible and able to manage change.

Colleges have successfully tackled adult basic skills, worked with employers on apprenticeships and helped millions of young people move from school to work.

One rarely noticed the legacy of Incorporation was charitable status for colleges. The Major government boldly privatised the railways, but when it came to further education it made a large gift to charity.

The 1993 settlement ensured colleges remained non-profit making and gave their governing bodies long-term duties. Competition has forced them to be business-like but they avoided the follies of the UK’s millennial debt binge and retained a local presence in places poorly served by private companies.

The past five years in the UK have been so extraordinary it’s impossible to predict the next 20. If you work in a college, you face a tough present and an uncertain future. But I am confident the progress and experience of the recent past mean that we’re as well-placed as anyone for the next steps.