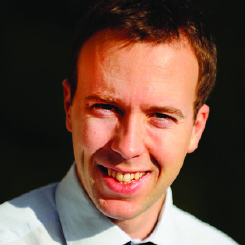 Incorporation may have been a challenge too far for many, but it has left colleges free to meet the needs of their local areas, says Matthew Hancock

I must admit that Incorporation was an event that rather passed me by in 1993 — I was rather more occupied preparing to take GCSEs. It was, nevertheless, an event that profoundly influenced my life because I went on to take an A-level at the newly-incorporated West Cheshire College and, in due course, to take on my current role as minister.

At the time, many people in the sector and in Parliament saw the 1992 Further and Higher Education Act as an intensely ideological, centralising measure, as it took colleges and polytechnics — and the money that went with them — out of local education authority (LEA) control and made principals accountable.

So, too, the remit of the new Further Education Funding Council that made clear that colleges’ main purpose was to provide courses leading to a list of vocational qualifications specified by the Secretary of State.

Many feared this would be the death knell for both the study of humanities in FE and informal adult education.

Yet the incorporation of colleges as free-standing legal entities has led to professionalisation of their leadership.

For a very few colleges, Incorporation was a challenge too far, leading to risky business plans, failed enterprises and poor financial control.

The knee-jerk reaction of the last government to this handful of cases was to introduce new controls across the board on governance and funding, to tie leaders up in knots, to restrict both their freedom to act and the incentives that come from being held robustly to account.

Our changes since 2010 have freed colleges from this mass of restrictions so that they can once again take charge of their own destinies.

Free colleges are able to develop a wider and healthier relationship with local partners — including communities, local enterprise partnerships and, crucially, directly with employers — than they had in the days of LEA control. They can develop to meet the needs of their local areas.

With freedom comes greater need for colleges to demonstrate they are working in the best interests of their learners, employers and broader communities.

Accountability matters, so more data on student outcomes is necessary. And strengthened governance matters too, to hold principals’ feet to the fire on behalf of students.

The government’s efforts to secure greater transparency and accountability continue, but to an increasing extent with colleges as willing partners.

That is the best way to preserve colleges’ freedom — and to help ensure everyone in the UK is given the chance to reach their potential.