Next time you come across a member of your college marketing staff, treat him or her gently. They’re a much misunderstood lot, says Nick Warre

In 1990 I was one of the first people in FE to have the word marketing in my job title. There were very few of us, and we were not popular.

We were guilty of spin, sharp salesmanship (I wish) and the dark arts. We were the Mandelsons of our time. This wasn’t what education should be doing. It’s a noble pursuit and marketing had no place in it.

We all had trouble at home and we stuck together and formed something called the Marketing Network as a mutual support mechanism. It’s still going.

Come 1993 and it all changed. Competition, the DLE (demand led element) and the battle for bums on seats began and it was open warfare. Suddenly we weren’t doing enough of the dark arts. Heavens, jobs are at stake man!

Academic staff felt no shame about telling us how to do our jobs. Guerrilla marketing became common. There are some shocking stories from that period of people gate-crashing school careers’ fairs, bounty money (complicated), free gifts, theft, even the cunning use of projectors. It was exciting. But throughout this the marketing managers would still get together for a beer and to commiserate. Who else understood us?

Then the Further Education Funding Council noticed college marketing budgets were spiralling out of control and the National Audit Office showed up looking at value for money.

The college is seldom mentioned — FE is ubiquitous and strangely invisible”

They never did work it out, but we calmed down a bit and ground on with the job of being creative, poaching Year 11s and trawling the patch for punters. Budgets were trimmed and we got creative and dangerous again.

But marketing staff have a foot within the college and a foot outside. They have knowledge of both domains. The expectation was that they took messages out. The reality was that they also brought messages back. And some of these were unwelcome.

But there were always two critical problems. FE still has them.

The first is that marketing does not enjoy the same legislative hinterland as human resources, finance and health and safety. Marketing managers are still called on, or instructed, by college managers to do things that probably won’t work, but cost a small fortune. They can’t counter by calling on legislation. I recall one chap telling me: “At our college, if a course fails to recruit we put an advert in the paper. If that doesn’t work, we do it again.”

The second was, and is, that despite the fact that all of us are constantly surrounded by the products of FE (get your car fixed, go to a hotel, have a haircut, buy a sandwich, call a plumber, there they all are), but all that’s mentioned is who validated the qualification — “I’ve got my City and Guilds,” you’ll hear, or “My son’s doing his BTec,” and then there’s “I’ve got an RSA”.

The college is seldom mentioned — FE is ubiquitous and strangely invisible. Marketing managers, I salute you. It’s a hell of a job. 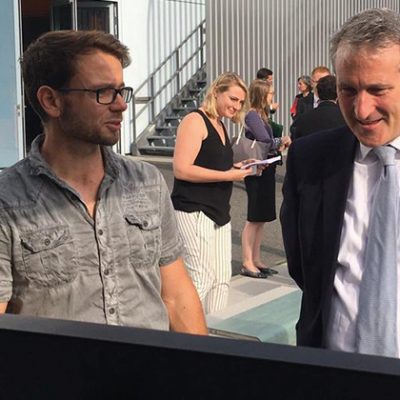 What can we learn from vocational...