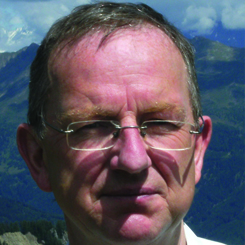 City and Islington College, born in 1993, has faced challenges aplenty in its 20 years. Despite the blips, a birthday study shows how it has championed the community it serves, writes Andrew Morris

Take two FE colleges, one sixth-form centre and one adult education service, mix together slowly, simmer on a gentle heat and what do you get after 20 years? Something “outstanding in every single measure”, says Ofsted; “a model for others”, says a citation for one of the college’s Queen’s Anniversary prizes; “exemplars in the field”, say the words of the Learning Skills Improvement Service’s beacon award.

For most colleges in 1993, just taking over the multiplicity of corporate services from the local authority seemed challenge enough; the imposition of a new funding methodology at the same time looked decidedly risky. What crazy people would aggravate the situation by adding a cross-sector, four-way merger to the mix? Answer: Islington people.

To understand this paradox, City and Islington College decided last year to organise a study of its life. With the former principal, Tom Jupp, I interviewed staff of all types and vintages, pored over ancient statistics and spoke to students, past and present. The analysis, yet to be completed, throws light not only on the college’s path to 2013 but on many issues affecting the world of learning and skills. The story that emerges is one of immense change — no surprises there — but, unexpectedly, one that we found retold consistently by teachers, learning supporters, students, business support staff, premises personnel.

So what are the headlines?

“It’s more systematic, it’s tighter, we’re more accountable,” say the staff; “the quality of teaching and support is fantastic,” say the students; “they showed us how to grow up, love learning and move on to further things,” say the alumni — to paraphrase 48 interviews. Beneath the headlines lies a little more nuance. “There are also losses,” say the staff who mourn the freedoms they enjoyed before the age of indicators; “it gets harder and harder, competing for grades and jobs,” say the students.

One of the greatest changes is from paper-based to online systems (see table). Computerised management information has transformed the college’s knowledge of its strengths and weakness; online business processes have streamlined personnel, recruitment and financial control.

Then there are the changes that came with new business influences in governance. In came new expertise in real estate and finance; sites were consolidated and well equipped and attractive new buildings created, much better suited to modern learning in convenient locations.

Learning has been enriched by online access to materials and opportunities available in every classroom, library and learning support areas. The curriculum has grown — forensic sciences, veterinary nursing, media technology — and with it have come opportunities for new kinds of enterprise and partnership, providing students with real work experience.

But the path of growth and development has not been quite as smooth as these changes might suggest. Political swings and economic turbulence leave their trace over 20 years. Enrichment activity, once the preserve of more privileged schools and universities, stimulated aspirations for higher education and supported vulnerable people at critical moments. It opened up a world of possibilities — intellectual, enterprising, cultural and social — but as resources have reduced, the college has struggled to maintain what it can.

Even more severe have been the changes in funding for adult learners, with rising fee levels and diminished Esol funding systematically reducing their number. Swings in government attitudes to school sixth forms have also proved a challenge.

The 11 to 16 partner schools of the Sixth Form Centre (now College) long ago pooled their small sixth forms and paved the way for the enormous success of this part of the college, but today separate small sixth forms are back in vogue.

By contrast, some aspects of college life have developed. Careers guidance, counselling and supported learning services have improved, as have procedures for safeguarding vulnerable young people and adults, support for learning, and attention to pedagogy.

New vocational curriculum areas have been introduced to meet new demand in areas such as counselling, beauty therapy and sports science. Others, such as electrical engineering, have closed. Higher education provision and courses providing access to higher education have increased, particularly on the vocational side. ‘Social mobility’ has been supported for thousands of people going on to higher education: 1,315 in 2012, including 98 to Russell group universities.

So what of the overall picture?

The first 20 years at City and Islington have certainly seen challenges aplenty, as they have for colleges everywhere. Contract negotiations in the early 1990s, vacillating national policy on qualifications and funding, increasing group sizes, greater workloads, repeated restructuring and redundancies — all have left their mark.

Yet whatever the external stresses over the years, an extremely positive image of what FE can do for a community emerges from this study of a single college over two decades.

It shows students and staff united in valuing the quality of their relationship, and their respect for one another as the key to successful learning. The college’s unremitting emphasis on its students, their learning and support, is backed by all in the college community – from security guard to director of finance.

Perhaps the last word should go to a former student interviewed for the study. In describing the experience from a student’s point of view, Huseyin Acar told us: “Without the college, I would just have worked in a small shop as lots of people in my position do. This college gives a chance to people. It opened my way, so I could see the opportunities. The college allowed me to choose and gave me the tools to achieve my objectives. It gave me advice, guidance and personal support. It’s a long term relationship. We’ve run this journey together.”

Huseyin began as an Esol student at 16, progressed through A-levels to university and in two years expects to be an architect.  His long-term ambition is to become a governor of the college.

Andrew Morris, a former director at the City & Islington College