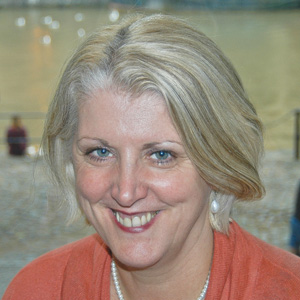 Incorporation in 1993 gave colleges the welcome ability to respond quickly and flexibly to changing circumstances.

Colleges became legally free to adjust their staffing, to reshape delivery methods and remodel their estates as needed, without unnecessary restraint from local bureaucracy.

By itself however, this operational autonomy would have been insufficient to guarantee responsiveness to the demands of students.

The single most important step in ensuring such a focus was the introduction of a standard national funding system that reflected student numbers and necessary differences in the cost of provision.

In effect, the funding system introduced by the Further Education Funding Council and carried on by the Learning and Skills Council, created the level playing field necessary for the operation of a free and open market.

It contained incentives for efficiency, but in general did not seek to distort the market in one direction or another, reflecting variations in the cost of teaching different subjects, working in different areas and supporting different types of students.

It is important to keep this simple point in mind because over the past 20 years there has been a constant temptation to use the funding system in a more manipulative way, usually with damaging results.

The competition between institutions introduced by a demand-led funding model has been generally healthy — it has encouraged innovation and helped high quality provision to expand.

However, perverse outcomes are certain to follow where funding levers are pulled too hard and too sharply, or there are crude attempts to steer provision according to prevailing political fashion, as was the case in the franchising debacle of the mid-1990s, in programmes that simply assessed existing competence under Train to Gain or in the recruitment of longstanding employees to adult apprenticeships.

It is good that in their recent reports both Professor Alison Wolf and Sir Michael Wilshaw spoke out about the dangers posed by ill-thought financial incentives.

As well as supporting a well-functioning market, the FE funding model has had other successes.

The convergence process removed unjustified differences between those institutions that had always been generously funded and those that had been starved of cash.

Interestingly, it has taken nearly 20 years more for similar unjustified differences between college and sixth-form funding to be properly addressed.

FE funding incorporated the disadvantage uplift over a decade before politicians started to talk about a pupil premium in schools, and the mechanism for additional learning support (ALS) was key to driving up the extent and quality of provision for learners with learning difficulties or disabilities.

The sector has learned from the weaknesses of both models.

The lack of evidence on how the disadvantage uplift was spent makes it hard to assess its impact, while the excessive requirements for accountability around ALS led ultimately to wholesale gaming. The new arrangements seek to strike a better balance.

What is needed going forward is more such fine-tuning and less wholesale redesign.

Every three or four years government seeks to introduce fundamental reform, always described as simplification and usually also as making the system more responsive — and on most occasions neither description has been true.

Currently, two different departments are developing increasingly divergent models for young people and adults — a move that will certainly complicate planning and increase overheads — and at the same time there are suggestions that funding for adult skills should go directly to employers, while others argue that it should go into a single funding pot administered by local enterprise partnerships.

Now is a good time to remember the very real benefits brought about by a single national funding methodology and the damage done to learners when we have got it wrong.

Lynne Sedgmore is executive director of the 157 Group