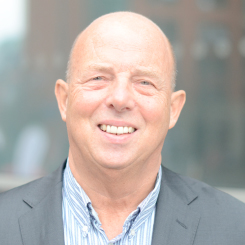 Incorporation has brought about many changes in FE, but the sector is still being outstripped by the pace of technological change, fears Bob Harrison

My first experience of teaching with computers was in the 1980s at Sheffield’s Stannington College with young mechanics.

The classroom had 16 BBC computers and the students enjoyed the ping-pong game as part of their Friday afternoon general studies lesson.

Incorporation did little to slow the pace of technological change and the break from local authority control did little to ensure the pedagogy kept pace in all but a small number of brave and innovative colleges.

Pioneers included Ray Shuker, who formed the National Information and Learning Technology Alliance, and John Gray, a founder member of the National Council of Education Technology, which later went on to become Becta (formerly the British Educational Communications and Technology Agency).

The biggest change followed the Higginson Report in 1996. It set a framework for Information and Learning Technology development across FE, leading to the establishment of Becta and attempts by the then Department for Education and Skills to develop an e-learning strategy.

But there was little sustained focus on FE until Becta developed a “next generation learning” awards scheme, established an exemplar network and spent more than £1m on an online self-review tool.

Just as this was having an effect, the incoming government in 2010 scrapped more than 100 quangos with Becta and the Qualifications and Curriculum Development Agency top of the hit list.

A handful of staff transferred to the newly-formed Learning and Skills Improvement Service (LSIS) along with online assets and other resources.

Tragically, LSIS didn’t have the understanding, capability, leadership, nor vision to realise the value in those assets and eventually the cessation of its funding was announced.

So, gone are the days of state interventions such as national strategies, ring-fenced funding and national quangos.

The last Association of Colleges technology survey in 2012 pointed to little progress and indeed suggested colleges “were being hampered from delivering the government’s policy aims because of their inability to use technology effectively”.

Things have taken a turn for the better with Skills Minister Matthew Hancock having taken a personal interest.

He has formed an action group to support colleges’ attempts to use technology.

There is much to be done, however. My grandchildren will leave school in 15 years. They will leave classrooms that have no pens, no paper, no books, no rows of desks, no whiteboards, no printers, no desktops, no ICT suites.

But they will be used to learning analytics, gesture computing, onscreen assessments and instant feedback, speech-to-text and text-to-speech recognition and personalised blended learning programmes accessible every day, all day and night, year round.

I hope they will have the choice of going to an FE college, but if progress made since Incorporation is anything to go by, I am not sure they will.

Bob Harrison, education adviser for Toshiba Information Systems (UK) Ltd, consultant with National College for Leadership of Schools and Children’s Services and chair of the Teaching Schools Technology Advisory Board