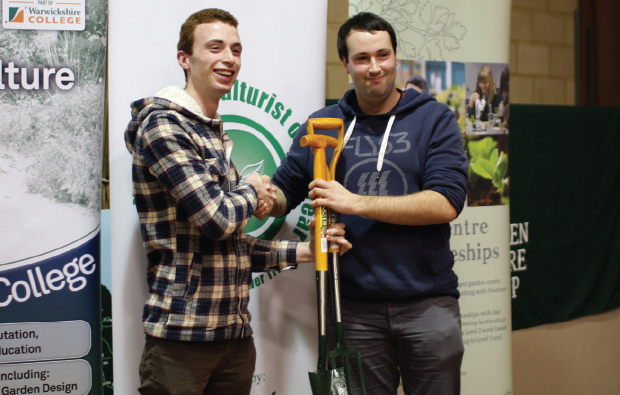 A Warwickshire College student has dug deep to make the final line-up for the Young Horticulturist of the Year award.

Owen Groves, 23, who studies at Warwickshire’s Pershore College, will be cheered on by classmate Douglas Mackay, 22, who won top prize last year.

Owen, a BSc horticulture student from Cardiff, said: “Douglas and I have been on the same course for the past three years. He has told me what to expect and the kind of questions they will ask, which is handy.

“I’m hoping to go up the final with a few friends for support.

“I’m going to do my best. Everyone’s hoping Pershore can win two years in a row.”

The national final will be held at the University of Liverpool on April 13.