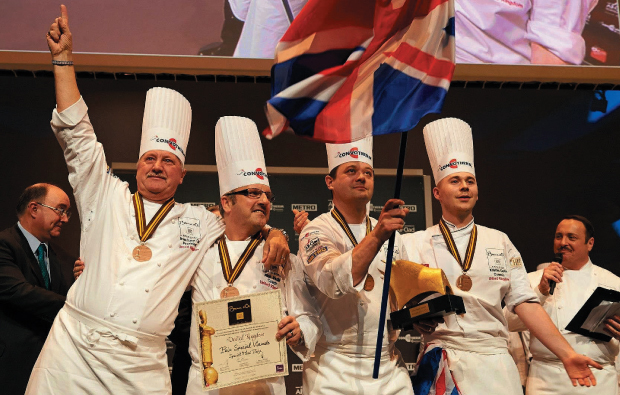 A young Birmingham chef was named best commis chef at the Oscars of the culinary world, the Bocuse d’Or, in Lyon, France.

Kristian Curtis, 22, a recent graduate of Stratford-upon-Avon College, was supported by catering staff and students from his former college when he scooped the prize.

Team UK, made up of Kristian and his colleague at Birmingham’s  Simpsons restaurant, Adam Bennett, 46, came fourth overall in the prestigious competition and won the prize for best meat dish.

Catering lecturer Tony Davies said that the contest was “just one of the many chances” for students to see the best chefs in the world at work.

“To see a former student win the best commis chef prize was unbelievable – it just goes to show the quality we produce here.”

College principal Martin Penny added: “We are so proud. To come fourth in the world is some achievement.”