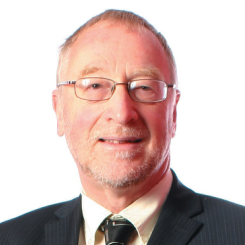 You might expect to find industry awards and citations from the world of commerce hanging above Adrian Bailey’s fireplace.

As chair of the Business, Innovation and Skills Select Committee, you’d think ‘grip-and-grin’ pictures with business leaders such as Lord Sugar or Sir Richard Branson would adorn the home of the West Bromwich West MP.

But what you’ll find at the 67-year-old’s house in Oldbury, near Birmingham, are donkey ornaments, hundreds of them.

“I’m very interested in history in general, but antiques in particular, largely for the insight they give you into past life,” says Bailey, who ran an antiques auction business before entering parliament as a Labour MP in 2000.

“My wife was somewhat dismissive that lots of it was junk, but now she works as a guide at the Black Country Living Museum and is fascinated by the same stuff as me.

“Most of our recreational time now is spent mooching around antique shops and she collects donkey ornaments — we’ve got a collection of around 250 of all ages and all origins.”

Having first won his parliamentary seat at a by-election after three failed attempts more than a quarter of a century before, Bailey’s affection for antiques seems fitting considering he once saw himself as something of a relic.

“I thought I’d got too old to have a career in parliament and that 2000 would be my last shot, but I did it and having got there, it realised my basic ambition,” he says.

“I was 54 when I got in and in the New Labour era that made me pretty neanderthal, so my chances of getting a government position were slim.”

Since that election Salisbury-born Bailey has served as secretary of the All Party Parliamentary Group for Steel.

However, it’s his election as the BIS committee chair in 2010 that has made him most proud.

“It fulfils just about everything I’d wanted to do,” says Bailey, a “football fanatic” season ticket-holder at Cheltenham Town.

“Lots of people say that when you’re in opposition, it [the select committee chair] is the best position because you have much more influence over government policy than if you’re a frontbencher in opposition.”

But he also knows that his committee’s remit is sometimes questioned, with FE and higher education split from the schools agenda, which is examined separately by the Education Select Committee.

“Having FE and higher education in with business might be a less than perfect division, but trying to deal with them all through one department, monitored by one select committee, would be a vast task and I don’t think it would be possible,” explains Bailey, who has a stepson.

Among his committee highlights have been the “rigorous and robust” interview of Kraft’s American management over the takeover of Midland-based Cadbury, and the apprenticeships report which, among other things, called for greater definition of the term itself.

However, a rare division within the committee is a career lowpoint. It happened over the appointment of Professor Les Ebdon to head the Office for Fair Access, after he said he would impose financial penalties on universities that failed to meet access targets.

The committee’s Tory MPs rejected Business Secretary Vince Cable’s recommendation, following which Labour member Paul Blomfield said the vote against Prof Ebdon, who later got the job regardless, was “a political ambush which had more to do with coalition politics than concern with access to our universities”.

Bailey concedes: “It was the first time we’d done such an interview and had rather assumed it would be a formality.

“Nobody had detected the undercurrent there — I was as guilty of that as anybody — and, as a result, we had a rather bitterly divided committee. It’s the only thing there has been any sort of division on. We’ve always been able to come to a consensus, evidence-led on every issue.”

The willingness to reach agreement with those who sit opposite in the Commons is somewhat surprising, given the strength of his left-wing background.

“My dad [Edward Arthur] was an aircraft fitter with Gloucester Aircraft Company and was a supporter of the Bloomsbury Group,” says Bailey.

“He was also an amateur artist and did some paintings for the Spanish Republicans. And for quite a while he was a member of the Communist Party before joining the Independent Labour Party.

“I’m told that he used to do the cartoons for the Independent Labour Party magazine, but he was more of an intellectual — he was never an activist. And my mother [Sylvia Alice] was always very strong Labour.

“But the one thing that left the biggest impression on me was that my sister [65-year-old Jennifer Avril] was seriously ill when she was very young and appeared to be dying of pneumonia. My mother always said that had it not been for the NHS, which had just been introduced, we’d never have been able to afford the treatment.

“From an early age I saw how government could alter the quality and life chances of working-class people.”

“Talking to the owners of these foundries you find attitudes so representative of industry,” he says.

“You get the concern that young people aren’t going into manufacturing because of the public perception, then you’ve also got the attitude from a lot of small businesses that the young people they’re getting aren’t work-ready or of the quality expected.

“And talking to apprentices, they will highlight obstacles that might have blocked them, for instance where their school tried to encourage them to go to university when they actually wanted to go into manufacturing, or, in some cases, I’ve had anecdotal evidence of schools trying to persuade young people to stay on in sixth form rather than go into the local FE college.

“It’s ludicrous that you’ve got businesses and educational establishments, perhaps understandably, fighting to protect their own corner.

“It’s not in the best interests of the young people they’re supposed to be upskilling — you can only do that by a much more collaborative approach to education.”

Swallows and Amazons, by Arthur Ransome. As a working-class kid it was an insight into a middle-class world that fascinated me as it didn’t reflect my personal experiences

A merchant sailor, like several of my uncles, but my eyesight was too poor

A 1920s actress named Madeleine Carol. She came from a terraced house in West Bromwich and became Alfred Hitchcock’s first leading lady. Her sister was killed in the Blitz and she gave up her film career to work for the Red Cross on the front line in Europe, and worked for Unicef after the war. She was honoured by the Americans and the French, but not our own government

To promote tolerance in people