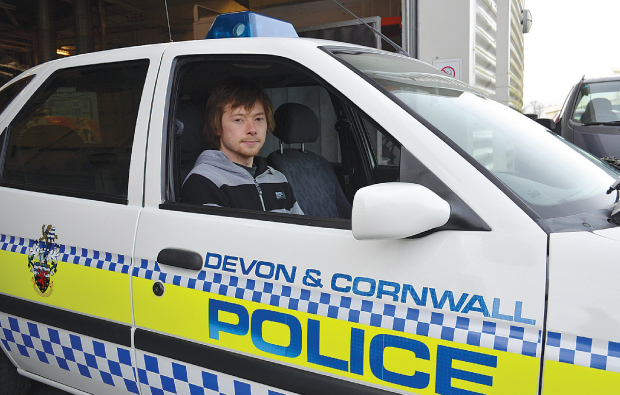 A duo of Devon apprentices have earned their stripes by restoring a decommissioned police car to its former glory.

The car had been deteriorating since being taken out of service in 2006.

Jack, from Torquay, said: “I really enjoyed working on this project. The vinyls were the trickiest part of the car to put on as it all had to be done by sight. The most fun part was stripping it down.”

The car, which patrolled Plymouth and Ivybridge during its service for Devon and Cornwall Police, will form a memorial piece at the Heritage and Learning Resource, in Okehampton.

Brixham PCSO Paul Martin, who oversaw the restoration on behalf of the police, thanked the college and the sponsors, local companies Mill Autoquip, Gliddon Ford and Avon Auto Colours.

He said: “This completed project is a real credit to the college, apprentices and staff involved.”