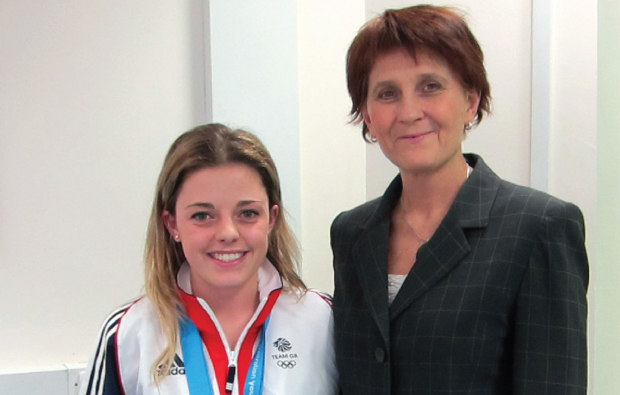 A young diver from London made a splash in Sydney winning three bronze medals with team GB in the Australian Youth Olympic Festival.

Georgia, who studies BTec National Diploma in Sport and Exercise Science at Uxbridge College, said: “I’m over the moon. I didn’t expect to go out there and get medals. I was aiming to get top five but I didn’t expect to win, especially as my synchro partners and I had never trained together.”

Georgia trains for around 25 hours a week as well as studying, and is hoping to continue her studies through a diving scholarship to a US university.

She said: “It’s really hard to study and train, but the support I have had from my lecturers has been really good. My family have also been very supportive – you need them to be behind you.”

Following a number of successes, Georgia hopes to compete in the Rio 2016 Olympics and in the Commonwealth Games in 2014.

She said: “It would be amazing to get through to compete at Rio, I’d be speechless if I was picked.”