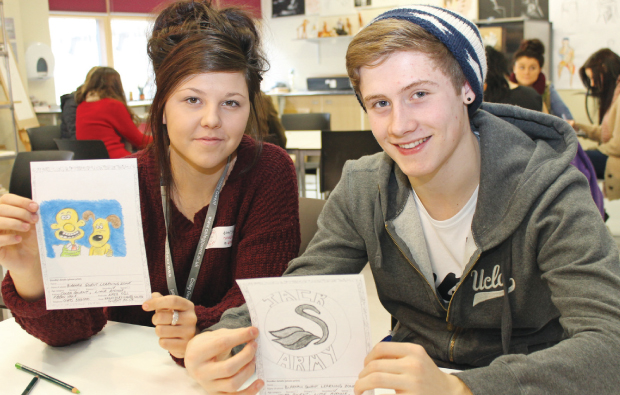 Oodles of doodles were created by learners in Wales who put pen to paper to raise money for epilepsy sufferers.

Doodlers donated a pound and produced a range of imaginative designs, from patterns and cartoon characters to animal sketches and added them to a sprawling group doodle.

A-level student Holly Daniell, 17 and from Ebbw Vale, said: “I don’t study art, so it’s been really good fun to try something different for a good cause.”

“Thank you everyone who took part and donated money towards Epilepsy Action.”

Students’ designs will be entered into a national competition to win £250 of equipment and resource vouchers, and one doodler will also get a 3D stuffed figure of their doodle.