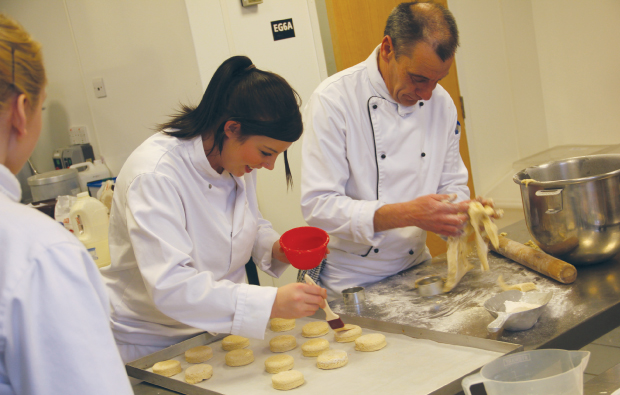 Travel and tourism students in Warwickshire worked on something a little closer to home than usual as they held a series of tea parties for charity.

The learners at Stratford-upon-Avon College laid on tea, cakes, scones and sandwiches to staff, students and members of the public to raise money for the Breast Cancer Research Foundation.

The first tea party, held in the college’s Academy restaurant, succeeded in raising more than £200 for the charity.

Lecturer Beverley Brigden said: “The students did a fantastic job in running a successful event. This was this first time they had worked in the Academy restaurant and the team were overwhelmed that they raised £200 to fight breast cancer.”

Three of the students involved also had the opportunity to work alongside college’s professional catering staff in the kitchen.

College Principal Martin Penny said “Congratulations must go to the students for coming up with this novel idea. The cakes and service were excellent and all for the benefit of a very important charity.