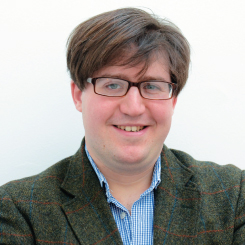 Meet Ben Nicholls — not too many in the world of FE will have heard of him, but quite a responsibility rests on his shoulders.

The recently-appointed head of policy at Central London’s Newham College shies away from playfully-suggested titles such as FE tsar and FE champion, but with his trailblazing role within the sector, they are suggestions he may have to get used to.

“It may be a slightly odd appointment in some ways and certainly it’s a very brave one, but I hope it could be quite good for the sector as well as for the college and for me,” says Nicholls.

“I may be a Newham man and the college is my employer, but any institution like that, in my personal view, is weaker if it determinedly stands alone.”

Of course, FE bodies such as the Association of Colleges or University and College Union already take their own policy stance and do their bits to promote sector interests, meanwhile some institutions may well have senior officials with remits that take in such issues, but Stoke-born Nicholls is just a policy man.

“FE is misunderstood in a lot of policy making and there is a huge amount of FE that is doing the most fantastic job and I see my job as shouting about that and to come up with some creative ways of getting people to listen,” he explains.

“It is unusual, but there is a model for the role and that is in HE. The most enterprise-engaged universities have got policy advisers or chiefs of staff or heads of policy and strategy who are based in vice chancellors’ offices with a similar remit to mine.”

And it seems Nicholls’ college bosses have got themselves a man destined for a high-powered career in education. After all, we’re looking at a background that includes three years spent as a specialist with the House of Commons Education Select Committee, plus spells as policy adviser at the Department for Education and private secretary to Lord Laming during his review of child protection practice. It’s quite a list at the age of just 25.

“What I hope I bring to the table is experience working with MPs and civil servants, trade unions, academics and researchers and I know how to engage with bodies like select committees and the departments,” says Nicholls.

And then there’s the family connection.

I can’t drive; I’ve never really been ill; and I’ve never committed a crime – ‘how on earth would I survive a day in any department?’”

Nicholls’ grandfather, Aubrey, taught English and his mother, Tamar, still does. Meanwhile, his sister, 23-year-old Daisy, is a drama teacher and his father, David, is a professor of music at the University of Southampton.

However, a career in education wasn’t the seamless path it may at first appear because there was no call to the classroom. But, importantly, music didn’t beckon either despite two degrees in the subject.

“I very consciously decided not to go into music when I graduated,” says London-based Nicholls, whose family moved to Southampton when he was 12 years old and still live there.

“There were two reasons for that — one was that I was nowhere near good enough and you have to have that degree of self-awareness in the arts.

“I’m sure I could have struggled along on the second rank, but nobody was ever going to see my name in lights and I was fine with that.

“The second reason was that it’s quite important in life to me that your profession isn’t your hobby. I didn’t want to be ‘music, music, music’ all day long. Now it’s a treat and a sort of geeky escape going to a concert or playing duets with my housemate.”

He continues: “So when I left university I was lucky to get a place on the civil service grad scheme and they ask what department you’re most interested in.

“Well, I can’t drive; I’ve never really been ill; and I’ve never committed a crime, so I thought at the age of 20, ‘how on earth would I survive a day in any department?’

“I’m not particularly well-travelled — okay I’ve been on the odd family holiday — but I have been to school and university, so I reckoned I could handle education.

“So I asked to go to what was then the DCSF [Department for Education predecessor the Department for Children, Schools and Families] and had an amazing two years there.

“But what dawned on me from that, and also my parents doing the jobs they do, is a belief that if we get education right, quite a lot of that other stuff — like health and crime — takes care of itself.

“So I thought if I’m going to do public service, education seemed like quite a good place to hang out, but it is also in the blood.”

The issue of public service proves a rich vein of conversation with Nicholls, who proudly lists founder and chief executive of young person’s theatre charity The RicNic Trust on his CV.

And there’s also, among others, a four-year spell from 2006 as volunteer with the Red Balloon Learner Centre Group, which helps severely bullied youngsters back into education.

“RicNic was something we started up at school largely as an excuse to try and meet girls and then, after we’d done it for a couple of years and we’d all left school, the kids from the years below took it on,” says Nicholls.

“It’s basically a youth theatre and summer camp except there are no adults — so the director is a teenager, and the techies, the band and everyone else. They just do it themselves and I run the trust which funds it.

“The other thing is we don’t charge fees because effectively that would mean only the middle class kids in the area could get involved and that’s not what we want, we want the most talented kids in the area, which means we have to do the whole thing by fund-raising.

“And Red Balloon is an amazing charity. I had a couple of friends at uni and as part of their education degree they were teacher training, and they went to do some music and drama workshops with Red Balloon in Cambridge. I was asked if I wanted to go play the piano for these workshops.

Meanwhile, a further public service revelation for Nicholls is his hope to one day enter the House of Commons as a Liberal Democrat MP.

“I made no bones about that when I was working with MPs and of course a very important part of being a servant of the Commons is political neutrality, and I always took that very seriously because I wanted all sides of the house to have faith in the advice I was giving,” he says.

And Nicholls is confident that such aspirations, now out of the bag, won’t impinge upon his new job.

“My colleagues at Newham know I’m politically-motivated and they know it’s something I’m interested in doing — but what’s really important is that I’m still able to engage with policymakers across the spectrum,” he rightly points out. But that doesn’t make him an FE champion, he’d say.

An Equal Music by Vikram Seth

An MP. Four years working with them hasn’t changed my mind, although it did change my politics

Hill-walking in Scotland, but playing and listening to music if that’s not viable

I think the answer to this changes every day, but at the moment [Second World War RAF pilot] Douglas Bader for amazing stories, [German singer] Max Raabe for after-dinner entertainment and Michael McIntyre for jokes would definitely get a look in

To survive without sleep