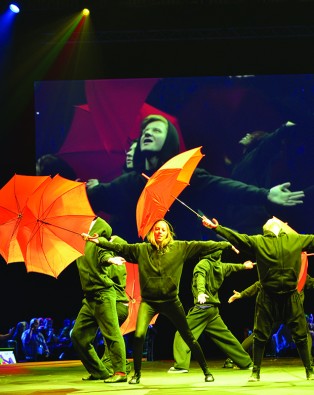 The Skills Show, the UK’s largest skills and careers event, returns to the NEC Birmingham from 14-16 November 2013 for its second year, and has announced the Edge Foundation as a new Premier sponsor to complement existing Premier sponsor City & Guilds.

The Edge Foundation is an independent education charity dedicated to raising the status of technical, practical and vocational learning and helping young people to develop the skills and expertise vital to a successful career.  Working closely with The Skills Show, Edge will be looking to maximise awareness of its work through its involvement in the national event and locally delivered activities.

The Skills Show in 2012 was a resounding success, and planning is advanced for the delivery of a more impactful show later this year,”

“The Skills Show in 2012 was a resounding success, and planning is advanced for the delivery of a more impactful show later this year,” explains Ross Maloney, Chief Executive of The Skills Show.  “Our partnership with The Edge Foundation strengthens our joint efforts to raise the profile of further education, skills and careers so as to ensure that people recognise and value the contribution they make to the UK economy.”

Jan Hodges, CEO of the Edge Foundation says:  “We believe that ‘learning by doing’ should be valued equally with academic learning, and that all learners should experience a mix of both.  The Skills Show is an excellent showcase for the vast array of skills we have here in the UK and hopefully it will provide inspiration to people of all ages and backgrounds.  There are many paths to success and what we see at The Skills Show is testament to that.  We are delighted to be part of such an exciting event.”

In 2012 over 70,000 people attended The Skills Show and were inspired by skills in action, as well as receiving free impartial information and advice on careers and training opportunities.  More than 60 Have a Go activities gave visitors the chance to try a bite-sized taster of a range of skills, while over 50 Spotlight talks delivered by a range of real people doing real jobs provided an insight into the real career opportunities.  Hosting more than 60 national skills competition finals, The Skills Show also saw more than 1,000 young people make careers advisor appointments following the show.

Independent research has revealed the significant impact that The Skills Show had on those who visited the event, and their attitudes towards vocational training and skills.  “Almost two thirds of young people questioned (65%) for the FreshMinds research felt that visiting the event had improved their knowledge of vocational training,” explains Ross Maloney, “which shows that we are definitely able to challenge people’s pre-conceptions about the sector.  An incredible 94% of adults and 85% of young people who attended in 2012 would recommend The Skills Show to others which clearly demonstrates the effect that engaging our target audiences has had.  Most encouragingly, the young people polled at the NEC were 17% more likely to pursue vocational training in the future after visiting The Show – great news longer term for industry.”