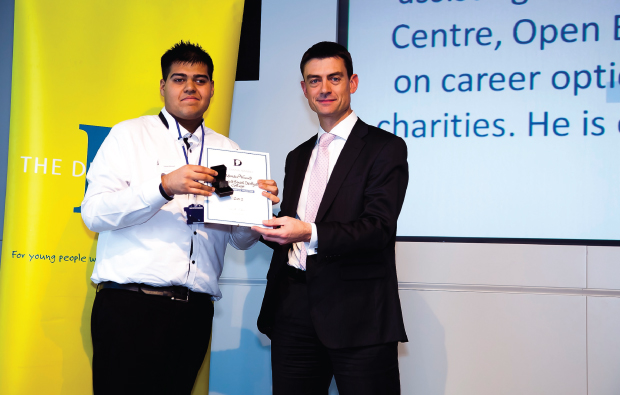 A Derbyshire sign language student who helped kick off the FA’s new national football centre has been honoured with an award in Princess Diana’s memory.

Eighteen-year-old Usman Ahmed received the Diana award for his volunteering efforts after assisting the FA in opening its football centre, in Burton on Trent.

He had helped out at open evenings at his Burton and South Derbyshire College as well as a range of charity events during his travel and tourism studies before taking up sign language.

John Beaty, vice principal, said: “Usman was delighted to receive an award in recognition of his commitment to helping others and supporting the community.

“We are all extremely proud of Usman and hope this award will inspire others to volunteer in their colleges and communities.”

The Diana award was established in 1999 and has celebrated 39,000 young people for their commitment to the community and improving the lives of others.