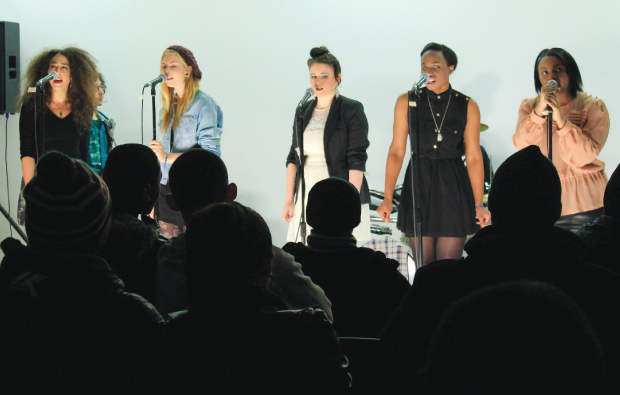 Young musicians and producers were all ears when top music industry experts gave talks as part of a two-day networking event at a London college.

MTV music editor Lindsay Wesker, Choice FM DJ Dave VJ and world music artist Najma Akhtar spoke to music and media students at Kensington and Chelsea College about the changing face of music, their own careers and how to get ahead in the industry.

Lindsay told students they needed a strong knowledge of music, its history and how record companies worked and to make sure as artists they were offering something different.

Meanwhile Akhtar urged them to broaden their horizons by exposing themselves to music from different cultures.

Paul Hall, the college’s head of music and media, said: “It is a real privilege to have such well-known and respected names from the industry take time out to meet the next generation of talent.

“Our students not only had the opportunity to network with our influential guests, but also gained the kind of advice you just can’t put a price on.”