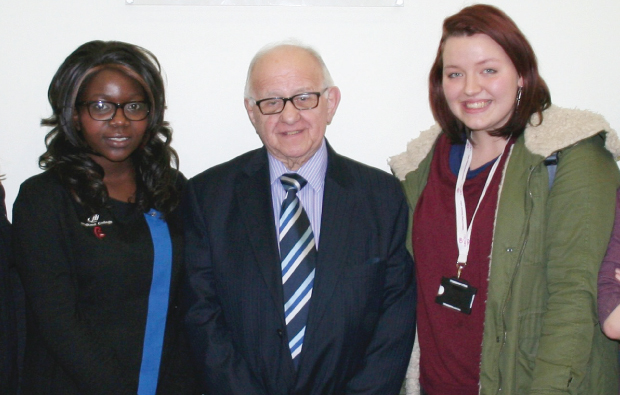 A Holocaust survivor visited students in Kent to share childhood memories of being a Jew living under Nazi rule.

Zigi Shipper, 83, who grew up in Lodz, Poland, spoke at MidKent College’s Medway Campus, in Gillingham, as part of events to mark Holocaust Memorial Day.

Mr Shipper, from Hertfordshire, was just a boy when the Nazis invaded his home country in 1939, sparking the beginning of the Second World War.

But unlike many fellow Jews, he survived concentration camps like Auschwitz and Stutthof and lived to tell the tale.

“I like talking to young people because they need to know what can be caused by racism, hatred and prejudice,” said Mr Shipper.

Of the three million Jewish Poles alive before the war, only 300,000 survived the Holocaust.

Mr Shipper said he hoped his educational tours inspired young people to be more tolerant and accepting of others.