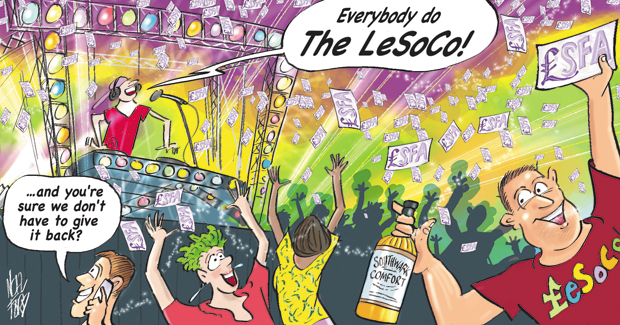 A failing London college was allowed to sidestep official funding rules to keep a £2.2m overpayment as it merged with a neighbouring college.

Southwark College, which was graded inadequate following a December 2011 Ofsted inspection, merged with Lewisham College in a move welcomed as delivering “a stronger and more secure further education college”.

It had been on the cards for a year and the new, merged college is expected to be rebranded LeSoCo.

“At last a stronger and more secure further education college for Southwark has come into being,” he said.

But it came after Southwark College had avoided Skills Funding Agency rules on handing back money where education has not been delivered.

An agency spokesperson said it exempted the college from “normal year end rules,” to protect the interests of learners and employers.

The agency at the time agreed to remove the College from the normal year end rules.”

The overpayment should not have been possible because of the difference between the amount of funding allocated to the college and the value of education it delivered.

The rules governing the issue — reconciliation rules — say that colleges can’t keep the overpayment if the amount allocated is more than 10 per cent above the value of delivery. The difference at Southwark College was above this 10 per cent.

An agency spokesperson said: “Southwark College merged with Lewisham College to address an inadequate offer of provision to learners and employers.

“To ensure the interests of learners and employers were protected, the agency at the time agreed to remove the College from the normal year end rules.

“The agency is ensuring that the merged college is able to meet its current financial obligations and deliver to its current funding agreement.”

A spokesperson for the merged college, which currently goes under the title Lewisham College incorporating Southwark College, said: “We have nothing further to add to the agency statement.”

The combined college, which has the rights to the Lesoco.net internet domain, is led by Lewisham College principal Maxine Room CBE.

Mr Hughes said after the merger last year: “It is a tribute to the two governing bodies, the Skills Funding Agency, the Department of Business, Innovation and Skills, and not least to the two principals of the two partner colleges, Ruth Gilbert and Maxine Room, that this merger has taken place.

“The next job is to build up the profile and range of courses provided by the new college to maximise the chance for local people of all ages to gain the skills and qualifications they need for the job market of today and tomorrow.”

Southwark College was dissolved and its assets and liabilities transferred to Lewisham College.