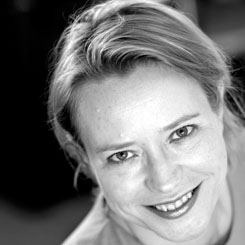 From a meeting of minds at university in London almost 100 years ago an education leader was born.

Verity Hancock, now principal at Leicester College, said her grandmothers, both just a generation ahead of working down the mine pits, studied together in the 1920s.

This special friendship led to her parents meeting when they were just two years old and, despite hating each other as teens, they eventually married in their thirties.

“My grandmothers were very unusual — they were trailblazers,” says the 45-year-old who recognises the influence of her ancestral roots. “They didn’t come from privileged backgrounds and one went on to become Bolton’s first female librarian and the other a teacher.”

“My own parents were very educated, intelligent and they were all about happiness and confidence —they expected us to work hard and do well but weren’t pushy.”

Perhaps it was this attitude that spawned such a successful career for Verity who eventually became executive director of the Skills Funding Agency and personally developed the National Careers Advice Service before taking her current role at one of the UK’s largest colleges — and with no former teaching experience.

Her journey upwards began with a place to read law at Oxford University on condition she got just two E grades after an impressive entrance paper.

“I was very competitive with my parents,” she says. “They both went to Oxford so I thought why can’t I?”

Of course Verity, who grew up in Bishop’s Stortford, Hertfordshire, was never going to get just two Es. After attending her local comprehensive school, Herts and Essex High School, she scored an A in English literature, a B in history and a C in Latin.

“It wasn’t like a language, it was more like maths and if I was sat there on a Sunday evening and heard the music from the Southbank Show and I still hadn’t completed my exercises I knew I was in trouble.”

Verity remembers a happy childhood with her younger sister, her mother, a modern languages teacher, and father, an administrator for the colonial service in Africa before working for an awarding body.  Her formative years were full of thousands of books, trips to castles, stately homes and churches, and they were a very musical family.

But on going to Oxford the choral singer and flute player quickly became disillusioned and realised she had no passion or empathy for law.

“I worked hard and got a 2.1 but came out knowing I would never think about law again,” she recalls. “I loved Oxford but I really had no careers information, advice or guidance which is one reason it was always something I was interested in.”

She decided to go back to her roots and returned to City & Guilds where she’d toiled as a teenager adding up marks in the basement. In her first proper job she spent several months in exams teams and decided she wasn’t going to leave.

“It was like a united nations — a very diverse work team which I loved,” she says.

She worked in the engineering and motoring division and ended up staying four years, tailor-making qualifications for big employers, but she realised she was ambitious and wanted to manage people.

“It was so hierarchical — and I realised I had to go somewhere else,” she says.

She moved to become a manager at the Training and Enterprise Council movement and over four years fostered a love of North London working across secondary schools and colleges in Harrow and Brent, getting big groups of employers to come into schools and work with youngsters.

“Employers got to understand a lot of young people who they might have had preconceptions of, particularly those from black and ethnic minority backgrounds who they’d been fed stories about being really behind and ill-disciplined. They soon realised many of these were bright, able and really articulate and the type of children they’d want to employ,” she says.

“I remember one young man who said he spent 80 per cent of his school time avoiding violence but he soon became really enthusiastic about becoming a lawyer or an accountant and wanted to carry on the path of education.”

It is this work Verity feels most proud of and led to her interest in the strategic role colleges could play within communities. In 2001 and at the age of just 33 she went for an executive director role at the Learning and Skills Council (LSC) which had just been set up.

“I rather daringly went for the job and got it much to the surprise of many,” she recalls.

“It felt fantastic — I was the youngest of 47 executive directors and I could bring energy and enthusiasm.”

Education is one of the only things that matters”

After another stint of four years she was asked to run the central London office and be the deputy director for London which led to her becoming regional director of the East Midlands. It was around this time she met her artist husband, Mark, and soon fell pregnant with Theo who is now three-and-a-half years old.

While she was on maternity leave LSC finished and the Skills Funding Agency was created.

“I missed a huge chunk of change,” she says.

“I came back as executive director of capacity and infrastructure with the SFA but I missed the forming and storming which was weird. We then moved to Leicester 18 months ago and it was then I started to think about doing something a little bit different.”

The ambitious director next made her way into the position of principal at Leicester, which has more than 26,000 learners.

“I haven’t worked in a college — I’ve been a college governor and worked with colleges but not in one.  I feel it’s very much incumbent on me to gain credibility and I’m conscious that most people expect you to have come up through the ranks.”

But she admits she is “confident, has the leadership, financial skills and knowledge to make it work”. “I’m not complacent but not full of total trepidation.”

Education, she says, is “one of the only things that matters”.

“Education can make or break people’s happiness throughout their lives. I’ve seen the core benefits it gave my family for generations. It isn’t just about earning money it’s about happiness and education values. It can make the difference between a good life and a bad life and everyone deserves the chance to experience the good.”

As she works fulltime Mark looks after Theo two days a week and so weekends are all about family time, going to the countryside, walking and friends.

Verity’s work ethic is set to continue in her new role.

“I expect to work very hard as principal. I’m looking forward to the responsibility of steering the ship — I’m really excited,” she says.

The Shining Levels by John Wyatt

A mountaineer or a musician

I know far too much about the Octonauts from watching CBeebies with my toddler. I also like walking

Fairport Convention — I’m a bit of an old hippy really

To teleport without having to get on any form of transport