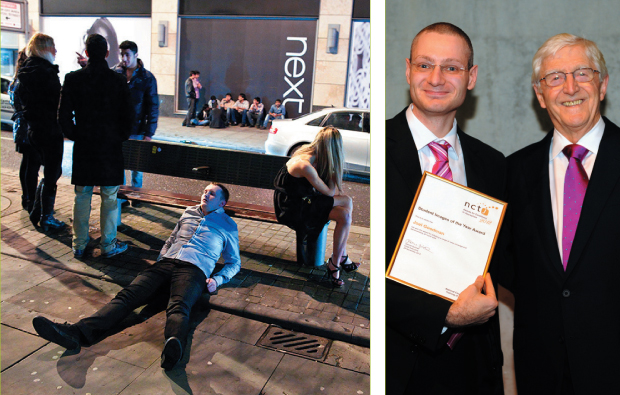 A photojournalist has won a national award after capturing the reality of Britain’s drinking culture.

Joel Goodman clinched the student image of the year in the National Council for the Training of Journalists’ (NCTJ) awards for excellence after snatching images outside a popular Manchester nightclub of passed-out revellers, fights, and paramedics and police at work.

The 36-year-old, who just completed a press photography and journalism course at Norton College, part of The Sheffield College, was presented his accolade by veteran broadcaster Sir Michael Parkinson.

Joel said: “I’m chuffed to bits. It’s really flattering to have won this award. The course has been great. It has a strong reputation, being highly regarded among most press photographers and has provided a terrific opportunity for me.”

The Sheffield College is one of only two colleges nationally offering the NCTJ–accredited press photography and photojournalism qualification.