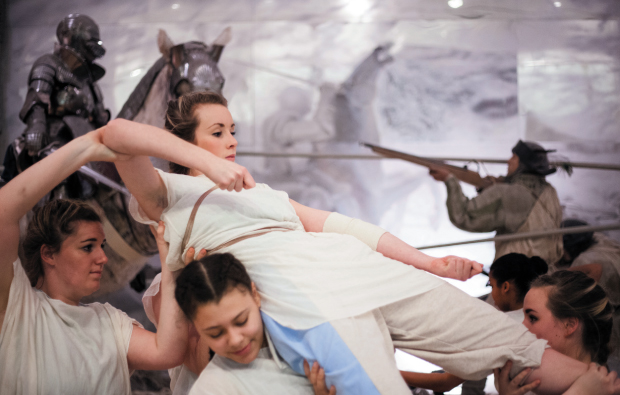 The performance at the Royal Armouries was inspired by the Battle of Pavia and choreographed by Briony Marston, a dance tutor at Leeds City College.

“It was challenging for the students to adapt to a non-traditional performance space and think about complex sight lines, as well as risk and limitations. They also rehearsed when the gallery was open to the public, which again brought challenges,” she said.

Technical students also got involved, installing a large sound system in the gallery.

Kate Humble, visitor experience manager at the Royal Armouries, said: “The college produced a dance piece that beautifully and dramatically interacted with the war gallery with organic ease.”

Ms Marston began working on the project last January when she submitted a planning proposal to the Royal Armouries. Robin Lee, a London-based musician and producer, composed the music for the piece.