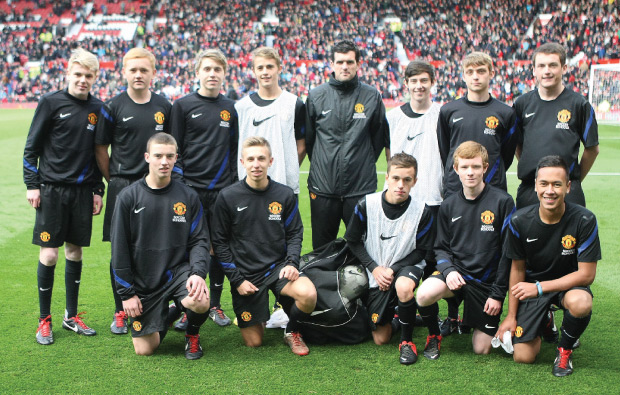 When Manchester United players left their Old Trafford pitch at half-time in a recent match, a group of Warrington College students ran on in front of the capacity crowd to show just what they could do.

“It was breathtaking playing in front of  a 60,000-strong crowd,” said Ben Graham, 16, one of the college’s  football excellence students.

He said Warrington’s course had been “fast and demanding” since it started in September. He has gained the FA Level 1 Football Coaching Award, which he is using to coach Fife Rangers under 15s.  “I already feel I’ve got a great future ahead of me in coaching.”

Mike Walsh, lecturer at the college and Manchester United Soccer School coach, said the skill displayed by the students was extremely high. “They will be the first to qualify on the new course and will have brilliant futures ahead of them,  whether it is in coaching nationally or internationally or progressing on to university.”

Jamie Livesey, 16, said: “It was a boyhood dream of mine to be on the pitch at Old Trafford during the game as I have been a fan all my life.”