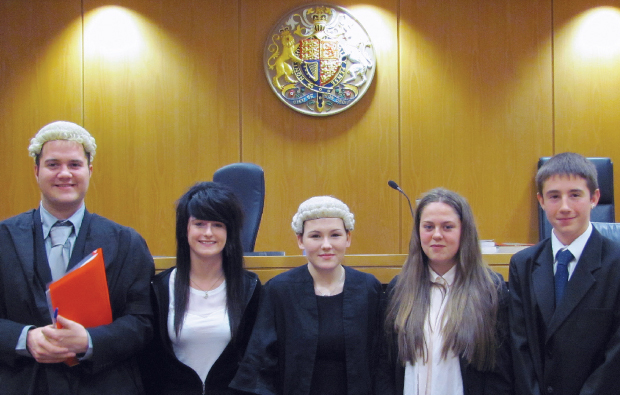 Cheshire college students played at being barristers, jurors and court staff for the day as they competed in the regional heat of the Bar Mock Trial.

Warrington College was one of 172 schools and colleges taking part.

“We only had a short time to become familiar with the case. Then we had to battle it out in a real courtroom, in front of a real judge,” said forensic and public service student Louise Wright, 19.

Performances were scored by circuit judges and senior barristers. Warrington College narrowly missed out on a coveted place in the final, winning two of their three trials but losing in the last round to the overall winners, St Nicholas Roman Catholic High school.

“The mock trial competition is an ideal opportunity to see a court and experience the court process. Today has really boosted my confidence and will be a great help in my future career.”