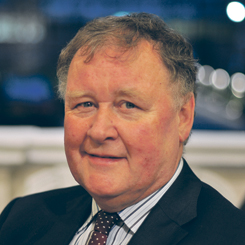 Training experts say adults will be put off apprenticeships after the government announcement that training providers must charge VAT on new FE loans.

Chief executive of the Association of Employment and Learning Providers (AELP), Graham Hoyle, pictured right, said the charges would have a “serious impact” on higher apprenticeships.

The charge, which Mr Hoyle expects will be about 20 per cent, will be introduced as part of the “24-plus advanced learning loan” scheme next year, but will not affect learners studying at general FE colleges.

“The current position is very unsatisfactory because it is bound to have a serious impact on the number of adults entering the apprenticeship programme next year,” Mr Hoyle said.

“The government’s ambitions to see more higher apprenticeships will be badly affected. The skills minister has been made aware of this and he has given AELP an assurance that further deliberations will continue in tandem with the current consultation on VAT on higher education.”

In their latest online update, the Department for Business Innovation and Skills (BIS) and HMRC confirmed that no changes will be made to the VAT treatment of further education for 2013/14.

The current position is very unsatisfactory because it is bound to have a serious impact on the number of adults entering the apprenticeship programme next year,”

It said: “It has not been possible to find a solution that would deal with the issues associated with the introduction of loans in isolation, without considering the VAT treatment of further education as a whole.

“The agency, BIS and HRMC are aware of issues raised by some commercial training organisations about the impact that the VAT rules would have on them. BIS and HMRC will continue working together to consider these issues.

“The 24-plus Advanced Learning Loans Policy Overview and FAQ have been updated to reflect this decision.”

FE Week first reported the imminent charge in June. At the time, Martin Doel, chief executive of the Association of Colleges (AoC), said that colleges, universities and schools operated on different “playing fields” to private providers.

Gordon Marsden, shadow FE minister, told FE Week the problem was because of the different legal statuses held by colleges and independent training providers. However, he later admitted there was “nothing immediately that can be done”.