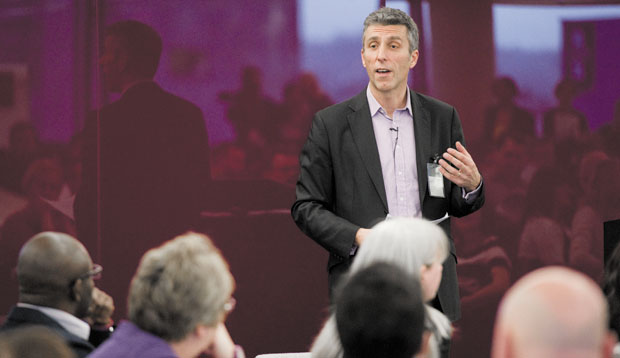 The chair of the FE Guild steering group has revealed to FE Week why he would make it an “important priority” to support teachers to become more “technologically literate”.

Mr Hughes, the chief executive of NIACE and the chair of the FE Guild steering group, a new, single body being created to set professional standards and codes of behaviour in FE, was speaking from a NIACE and BBC Innovating Learning conference in Salford.

“We think there is an untouched potential around use of technology and learning in FE, which, if used more creatively and innovatively, will help improve the learning experience,” he said.

“It’s about making it more exciting, more interesting and embedding the use of technology in a way that people will get used to so when they go out into society and the working world they’ll be better prepared.”

He said he wasn’t talking about aids such as electronic whiteboards but video lecturing and apps that allowed students to access information in and out of the classroom. He cited Massive Open Online Classes (MOOCs) as a successful example – in the US, 100,000 people tuned in to hear a MOOC about artificial intelligence, he said.

“If by doing video lectures rather than physical lectures we can get to 100 people rather than 20 at the same time, that is a fantastic result,” he said.

“As resources are reduced per learner it’s important that the resources available are targeted in enhancing the learning experience.

The big issue was how to persuade FE leaders that investing in the use of technology would improve the learning experience. “The guild should play an important part in this,” he said.

“The benefit is about learners being empowered, about being able to direct their own learning. That is why it’s so exciting — learners can learn in their own time and in their own ways and not be reliant on teachers. And technology could enable more peer support for students created by online networks.”

He said he believed qualifications such as Mozilla Open Badges, obtained free through online learning, might mean something to employers in the future and that the sector should welcome them.

He added: “This isn’t about cutting jobs — it’s about getting teachers involved with technology so they can feel more empowered themselves to get better learning happening.”

A search for the top maths apps and app developers was launched at the conference.