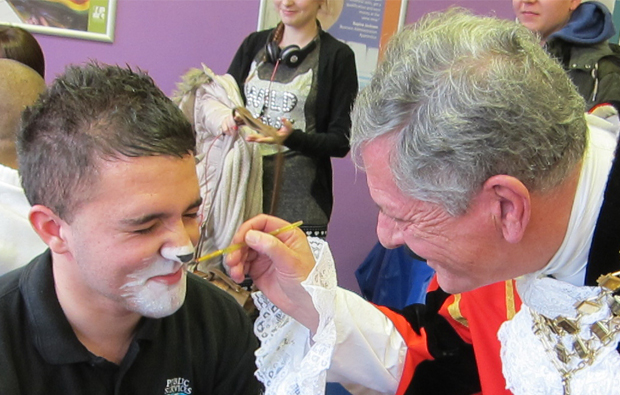 Entrepreneurs at a West London college raised £150 for local charities with a Halloween event.

The Mayor and Mayoress of Hillingdon joined students for the event, with Mayor Michael Markham even getting stuck in and face painting student Danny Hulusi, 19.

Sharon McCann from student support said: “Everyone involved has worked incredibly hard to make this event a success.

“It was a great opportunity to bring everyone together – and to get some delicious homemade cakes at a bargain price.”

Money raised from the day was split between the Mayor’s nominated charities, including The Shooting Star Children’s Hospice, Hillingdon Young Carers and AgeUK Hillingdon.

Retail student, and one of the Young Dragons, Harsharan Rihal, 19, said: “The Halloween event was extremely exciting. I felt like a real businesswoman taking part in a large-scale event. I really enjoyed working as part of a team.”