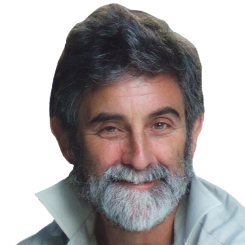 More than a million students could not be traced by researchers wanting to find out what happened to them when their courses finished.

Just 12.9 per cent of 1,455,746 students could be reached in a study by GfK NOP Social Research on behalf of the Skills Funding Agency (SFA).

Researchers were hampered by a host of contact phone number problems, including incomplete numbers, no answers, engaged lines, barred numbers and numbers directing through to computer and fax machines.

The problems meant that just 188,259 learners completed the interviews, although the report does not go into detail on what happened to them.

“Even after heroic efforts by the researchers the output is unlikely to be of much help to potential students.

Mick Fletcher, visiting research fellow at the Institute of Education and member of the Policy Consortium, said the report highlighted the difficulty faced by providers in determining learner destinations.

“Even after heroic efforts by the researchers the output is unlikely to be of much help to potential students.

“They are not very likely to be interested in the average performance of those who started on a whole range of courses at different levels the year before last, and most unlikely to look into the details of how the indicator was produced.

“If the aim of the exercise is to help real people make choices rather than help quangos to rate institutions, money would be better spent on more detailed local analyses of what happens to students on specific programmes.”

“Mechanisms to contact students by the details provided are there, but there’s no guarantee these will remain correct or that students will be willing to participate.

“There are protocols preventing even government departments sharing this kind of data – and it would be a huge amount of data to manage. It would require high-level policy discussions to solve and involve the Departments for Education; Business, Innovation and Skills; Work and Pensions; The Treasury and Her Majesty’s Revenue and Customs. We would have to see all these bodies sharing coherent, consistent and accurate data, and for it to be kept in a robust system.”

An SFA spokesperson said it was handling an FE Week query on the cost of the research under the Freedom of Information Act.

“Learner destinations is one of four performance indicators on the FE Choices comparison site that aims to give learners and employers clear and consistent information about colleges and training providers to help them to make better, more informed choices about where to learn or train.

“This report was one part of the work GfK NOP commissioned . . . to establish the learner destinations performance indicator scores for providers for the 2009/10 destination year.”