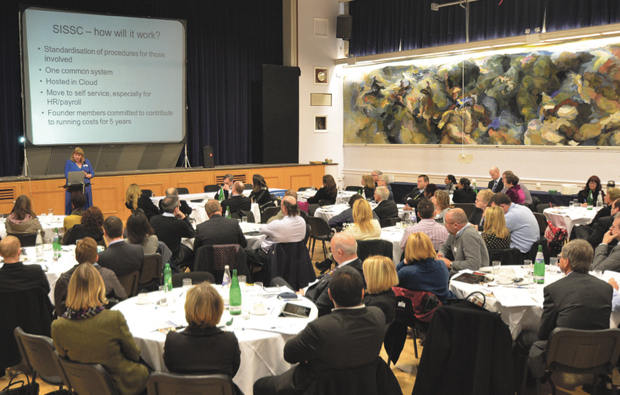 The Skills Funding Agency has “hardened it’s position” on fees charged to fully-fund- ed learners over 19.

Kirsty Evans, director of funding policy at the agency, told delegates at Lsect’s autumn finance conference held at Morley College on November 6, that it now tried to avoid “might” in its documents, using “must” and “have to” instead.

“We’ve done that for clarification, so colleges know exactly what is and isn’t within their remit to charge,” said Ms Evans.

She said that providers must not make com- pulsory charges to fully-funded learners for the delivery of any learning activ- ity funded by the agency, including administra- tion fees, CRB checks and equipment charges.

However, there were charges that the agency believed were legitimate for providers to pass on.

“These include charges outside core learning, such as library fines, and security deposits for equipment and tools. We’ve been as explicit as we can be about those things that we believe are in scope for providers to charge, and those things that are out of scope,” she said.

Delegates raised their concerns about the money that colleges would have to find to cover costs that they previously collected from learners. One delegate estimated efficiency savings could reach six figures.

Another delegate said that current funding levels did not reflect that some courses, such as beauty therapy, needed expen- sive materials.

Ms Evans said that she understood their concerns about where they could make sav- ings. “I’m happy that look at whether this could feed into our considerations of pro- gramme weighting factors. But what I can’t do today is guarantee there will be any changes as a result of that,” she said. When another delegate highlighted the discrepancy between Skills Funding Agency and Education Funding Agency rules on charging fees to fully-funded learners, Ms Evans responded: “I think the government had always assumed that these fees were not being charged…itcameasabitofasurprisetodis- cover that they actually were. That’s why there has been this desire to clarify our position.”

A final point raised from the floor was about “success bonds” – deposits that some providers demanded from students, to be recouped only on successful completion of their qualifica- tion. Delegates asked whether these charges were seen as legitimate by the agency.

“We’ve looked at deposits for things that can be returned, such as equipment, but I have to say that I’m sure that the department would be very uncomfortable with what is effectively a success bond,” said Ms Evans.

“I think we too have heard about such inci- dents, and are trying understand the extent to which they are taking place – are they very prevalent or are they exceptional? Initial indications are that it is not acceptable to charge a success bond to learners.”

Nick Linford, managing director of Lsect, updated the delegates on EFA and agency funding reforms. Ms Evans then confirmed that the agency would publish another update by the end of November which, she said “would lay out an approach to the new ap- prenticeship element. “In addition, we are also absolutely committed to publishing in full, in January, what the system will look like and how it will work in 2013/14.”

Paul Smith, head of business development at the Student Loans Company, outlined some of the considerations providers should be making ahead of the implementation of FE loans to learners over 24. “Providers with a loan facility will need to start making preparations ahead of the launch in April 2013, he said.

“These include appointing someone to man- age the administration of loans, ensuring your IT systems are ready to manage the loan data, and publishing your methodology for award- ing the discretionary learner support element of the fund. This must be done by April 1, and the criteria must clearly reflect the principles of equality and diversity.”

Others to address the conference included Val Wilkinson, director of finance and administration at Plumpton College and Robert Rus- sell, from the Institute of Chartered Account- ants, who together analysed the effectiveness of shared services to avoid VAT; and Chris Mantel, director for college audit and advisory services at RSM Tenon, who discussed accounting concern around partnerships and subcontracting.