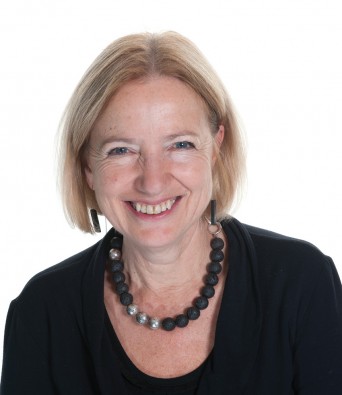 London in the aftermath of World War Two was a hard place for many, including the Piotrowska family.

It had promised so much with Ela Piotrowska’s father, Stasio, having reached safety after fleeing the Nazi occupation of his native Poland, having walked hundreds of miles across Europe to join the Polish Free Army, in Scotland.

And her mother, Marysia, arrived in Britain after American liberation from Oberlangen Concentration Camp, in Germany, where she had been sent for her part in the Polish Resistance.

For although they met and married here, the joy of a new life was not unbridled — the experience of being “aliens” in their new home troubled them, says Piotrowska, who was born less than a decade after Hitler’s forces had been defeated.

However, the threat posed by Soviet dictator Stalin and his growing Eastern Bloc territories ensured there would be no return to Poland.

Adult education had always been a sort of a Cinderella service”

“It was very difficult after the war — we were called aliens and I always felt an outsider,” says the principal of South London’s Morley College.

“I have very few memories of that period. I think I just blanked it all out. I didn’t like school very much, but you have to get on with it.”

Although there were struggles to fit in, Marysia managed to get work from the family home in Shepherds Bush, London, making clothes for a factory, while Stasio had a job making handbags in a factory and later worked as a plasterer.

Marysia and Stasio wanted their family, including younger daughter Krysia, to settle and they saw education as a means to achieving that goal.

“It was all about having a better life than they had, and not working manually and physically. They aspired to something that was outside the possibilities for them,” says mum-of-two Ela Piotrowska, 61.

“Education was the vehicle for mobility and managing really. My parents thought it was the only way I was going to be somebody that was accepted in this society.”

But when she started school she struggled as she spoke very little English. And she went on to fail the 11-plus.

However, Marysia remained adamant her daughter should go to a “good” school and was “so bolshy” she eventually persuaded a grammar school to accept Piotrowska.

It was the start of an upward educational trajectory that took in sociology at the University of Kent, before primary school teacher training.

In the 1970s, while working in schools in Brixton, she became involved in setting up community outreach programmes, including family classes.

It was seeing first-hand the benefits of such schemes, that piqued Piotrowska’s interest in working with marginalised and adult groups.

And, following the birth of daughter Emily around 1978, she moved solely into adult education.

But, after almost 20 years of teaching adults, Piotrowska says she wanted to gain a wider understanding of the sector and moved to Ofsted, where she then spent 11 years working as an inspector.

While at Ofsted, she helped develop a framework for the inspection of adult teaching, that “considerably” raised the profile of adult learning.

“Adult education had always been a sort of a Cinderella service,” she suggests.

“There had been fantastic practices, but it was much neglected by local authorities and constantly reorganised.”

Her time as an inspector also took her into the work place to see people learning on the job.

“It was very powerful seeing all of that,” says Piotrowska, who shares a home in Balham, London, with partner Les.

“Seeing how what we do in colleges makes a contribution on the job. I learned a tremendous amount. It was inspiring.”

But the call of a principal title came for her the first time four years ago from Morley College.

The college in Lambeth, London, specialises in adult education courses and she was passionate about its diverse intake, pointing to the 130 languages spoken by students last year.

“One of the powerful things about adult education is that you can sit in a class and there could be somebody sitting with a different language, completely different background, maybe not very literate, alongside somebody who’s got two degrees. That is very special,” she says.

“I’ve been very lucky in my career. I’ve always liked what I’ve done and I’m privileged because I have worked in a sector that is congruent with my values.”

One of the things she loves most about working at Morley College is watching students confidence build when they perform or showcase their work.

“If I’m really overwhelmed with paperwork there’s often a student concert that I can listen to, I can visit an exhibition, or I go to the canteen and talk to some students, I plonk myself at the table and we have a chat. Those things are great pleasures,” she says.

“I go to a concert or an exhibition and I think ‘this is what it’s about’. It’s so wonderful to hear people who are not professionals, who are just learning, have the opportunity to show their work. They get such self-esteem from it. They think, ‘I never believed I could do something like that’. It is the most
powerful thing.”