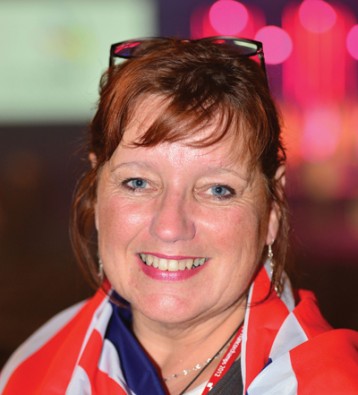 Growing up in England’s industrial heartland of the Midlands, Jaine Bolton’s childhood dream was a simple one — to become an engineer.

But, having left school aged 16 with hopes of winning an apprenticeship, her world came crashing down as one potential employer told her bluntly: “We don’t recruit women.”

The rejection, and growing up in “very multicultural” Wolverhampton, was one of the reasons she became “so committed to equality and diversity”.

Bolton, chief operating officer at the National Apprenticeship Service (NAS), says: “The experience of being a female in a male world and not being able to get what I wanted at the time, and the challenges that ethnic minority communities have faced over the years in education and skills; these two things have really followed me through my career.

“It [equality and diversity] wasn’t a theory, it wasn’t something I’d read about. It was real to me.”

While later working at a civil service agency, Bolton revisited the company that had rejected her — only this time to discuss its recruitment of women.

“That was a nice moment,” says the mum-of-two, who still lives in Wolverhampton.

The company was initially “defensive” she says, stating they couldn’t recruit women because there were no female toilets.

But, Bolton says, the firm soon became “very positive” about changing its policy.

She was brought up on a “fairly big notorious council estate,” but has nothing but kind words about her own experiences there.

“If I was to read about it in the newspaper now I would think, that’s probably not the sort of place I’d like to have grown up, but that wasn’t my experience of it. I had a fantastic time,” says Bolton, who is married to solicitor, Ian. Her son David is 22; her daughter Laura, 25.

Her grandparents, Joe and Bertha, lived nearby and played a strong role in her upbringing. She was the oldest of four, with brothers Mark and Simon and sister Chris. Once all of them had grown up, her mum, Pauline, became a wages clerk.

“Family and being supportive is very important to us,” says Bolton, 49.

“What all of them gave me was a sense of purpose and pride. It was important to work hard and to do the best that you possibly could, but it was also really important to be nice at the same time, to have nice manners.”

Her role at NAS, which itself promotes apprenticeships, follows a childhood in which apprenticeships were seen as the route to employment rather than university and higher education.

“It [apprenticeships and vocational training] was the route to success for people in my community,” she says.

Having been unable to get the engineering apprenticeship, Bolton decided to train as a nurse.

However, after a few months she stopped the course because, she says, she found it too emotionally demanding.

Instead, she signed on at a job centre and was offered a casual administrative role working at a youth skills agency for the civil service.

One of her first managers was “phenomenal in terms of support and development”, she says, and after a year became a permanent employee.

But in 2007 she returned to the public sector to become the director of communications at the Learning and Skills Council, which was replaced by the Skills Funding Agency in April 2010.

Since she joined the civil service she says that all of her jobs have been focused on developing skills in other people, a fact she is proud of.

“It’s really rewarding knowing that the work that you do contributes to somebody else’s success and wellbeing, their beliefs and self-worth,” she says.

That has continued in her role at the NAS, which she joined three years ago.

“I can’t remember ever being in an organisation that has always been so full of enthusiastic, bright, committed people, no matter what’s thrown at them.”

“That’s what I enjoy the most, seeing peoples’ commitment and passion for the job that we’re doing and the difference we make.”

And there’s more joy in her NAS role with it having brought her into contact with WorldSkills, billed as the biggest international skills competition in the world.

“I’ve really enjoyed my career and I’m going to carry on enjoying it. I love NAS and I love WorldSkills,” she enthuses.

She describes the competition as the Olympics of skills, with its “dedication, commitment, pressure and world stage”.

“The emotion around it is supercharged,” says Bolton, who was involved in the UK squad selection for WorldSkills International in Leipzig next year. “It wasn’t just about seeing the young people and how great they are, it was also recognising everything that goes around it — the training managers, the experts, the support from the colleges. There was a real buzz.

“I think I must have done something really good in a previous life to be given responsibility for WorldSkills UK. It’s fantastic.”