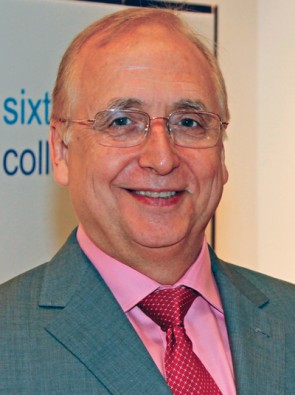 While searching for biographical information about David Igoe to prepare for the interview I reap little reward.

Google coughs up only a few facts – the name of his secondary school, his degree in education management at the University of Bristol and his job as principal at Cadbury Sixth Form College.

At Igoe’s office in Westminster conversation surprisingly twists and turns; before Bristol he spent two years training to be a Catholic priest, began an architecture degree, settled on becoming a music teacher, despite having taken no formal music exams, and taught at one of the most radical schools in the country.

“It’s depressing now how everyone is forced to see their education and qualification choices in terms of employment routes,” says the chief executive of the Sixth Form Colleges’ Forum. He believes that the notion of education for education’s sake has been lost pre-university and that we need to give young people far more opportunities to explore their interests at school and college.

“I am fighting for a way, a philosophy of education, which seems to have disappeared,” says the 62-year-old.

Igoe was brought up in Staffordshire in a very traditional Catholic family by dad William, who was the head of a primary school and president of the Catholic Teachers Federation, and mum Margaret, who had a range of jobs, including running a grocery business, she looking after him and his six siblings. He was sent to a seminary at the age of 11, where he was given a “strict rigid education”.

Morale is just devastating. Nobody feels good about working for a sixth-form college anymore”

He describes his time at Cotton College as “all about corporal punishment and spartan living.

“We were flogged for the most minor of discrepancies…It was pretty grim.”

The harsh environment of the seminary gave him resilience and self-confidence, but hindered him emotionally.

“Most of us who went through that kind of experience pay an emotional price; we become almost too self-contained and relationships can be quite challenging for us. We know how to be in difficult circumstances, but we’re not very good at empathising with how others might be feeling. You learn to hold everything in,” he says.

“Certainly when I left the seminary I had a lot of growing up to do on an emotional level and that characterised my twenties.” He now lives in Sutton Coldfield, Birmingham, and is married to Iryna with three children, Ben, 34, Gemma, 31, and Matthew, 11.

After training to be a music teacher at a college in Twickenham, Igoe’s first job was at a school staggeringly different from the seminary he had attended.

Pupils were allowed to draw graffiti in corridors and call teachers by their first names. There was also a homework ban for the youngest children while the curriculum was dominated by lessons of a more practical nature.

Igoe vividly remembers turning up for his “bizarre” interview with Hastings, which “wasn’t even a chat”. The head teacher had long grey hair and was wearing a “slightly stained” fisherman’s jumper and sandals.

“He was sitting in a little room, which apparently was his office, but I thought was some sort of cupboard, and he was writing notes on the cardboard inserts of shirts. There was a big pile of them on the table,” says Igoe.

Hastings asked him only one question – where he saw himself in five years – and after being satisfied by Igoe’s “spluttering answer” sent him off to the head of theology.

“[The school] was totally radical and very risky, but by force of his own personality [Hastings] got away with it,” he says.

It was, he says, a fantastic place to learn the craft of teaching and “oddly” five of his colleagues from the school also went on to become principals of sixth-form colleges.

Having taught for four years at the school his career leapt once again to a starkly different institution, as he joined a “traditional little school” on the south coast.

“It was a total culture shock for me. I went from having this visionary, charismatic, highly intelligent head teacher who had a very clear view of what education was all about, to what I describe as a the kind of prefect head teacher whose main concern was making sure that everybody in their classroom was quiet,” he says.

“I found it so stifling.”

Why are we being kicked so hard? We don’t understand it.”

During this time he became passionate about the value of sixth-form colleges and is angry they are being hit so hard by cuts and government policy.

“The morale is just devastating. Nobody feels good about working for a sixth-form college anymore. They ought to be feeling good, not smug about their achievements, but they ought to feel [they’re] doing a good job,” he adds.

“All the indicators put us at the top, we outperform every other sector. Why are we being kicked so hard? We don’t understand it.”

Igoe is very critical of the government’s drive to raise standards through competition, arguing that it is not a level playing field. He points out that a student at an academy on average receives £7,300 of funding, but a pupil at sixth-form college gets £4,800.

“In that game you have winners and losers and things go to the wall,” he says.

“What about the young people in those institutions that are made to go to the wall? Don’t they deserve the same opportunities? Shouldn’t we be working collaboratively to ensure that the provision across an area is the best quality that it could possibly be?

“We’re not making units. We’re making people. You can’t afford to have any failures in education.”