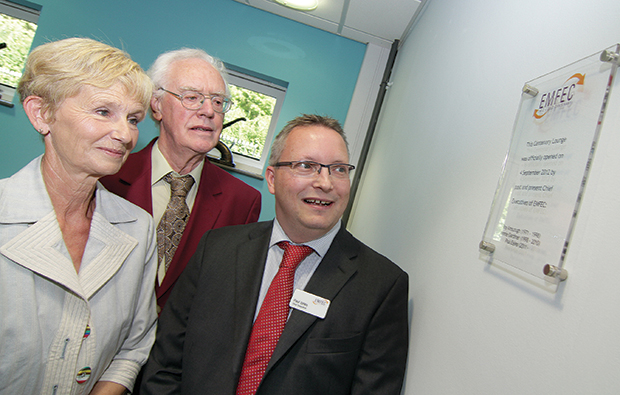 An East Midlands charity’s 100 years of support in the further education sector has been marked with the opening of a plush Centenary Lounge.

A raffle was also held at the event to raise funds for EMFEC’s nominated charity, the Helena Kennedy Foundation, which supports young people to progress from further to higher education.

Current chief Paul Eeles said: “It’s great that so many people from our past could be at the event. The organisation’s strength has been its dedicated staff and ability to change over the past hundred years.”

The charity was established in 1912 as an examining and qualifications body and is now also the regional body for the Association of Colleges.