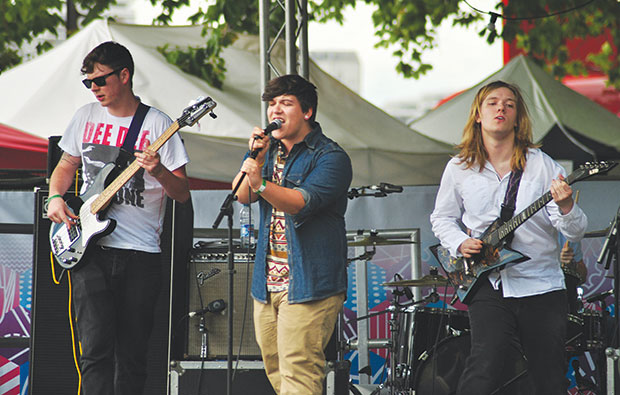 The event, part of the London 2012 Games closing celebrations, saw the students create their own band Strange Days as part of a project in tribute to American band The Doors.

They had been chosen from hundreds of bands from across the county by promoters Live Nation after they handed in a demo produced by music technology students using the college recording studio.

Singer Ben Paveley (above, middle) was also “spotted” by Pete Webber, from Live Nation artistic development team — and got to do an extra set of his own acoustic compositions.

The college’s programme area co-ordinator for music, James Maiden, said: “This has been a fantastic experience for the students and an honour for them to be a part of a once-in-a-lifetime event linked to the Olympics.”

Stratford College offers music and music technology provision at level two, level three and a new HND in music and a HNC in music business and management.