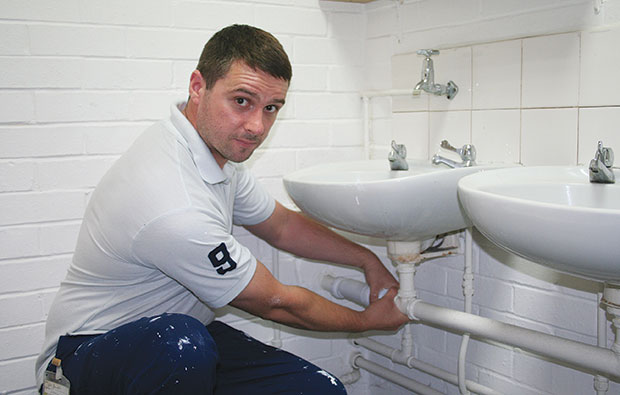 A former armed robber who spent eight-and-a-half years behind bars has started his own plumbing business with the help of the college where he trained while on day-release.

Lee Saunders studied plumbing for two years at MidKent College when he was in prison. Since his release in July he has won two contracts worth £1,520 to work on the college’s plumbing as part of its £25m refurbishment.

He said that he took up plumbing because he knew he was going to be behind bars for a long time and wanted to learn a trade.

“Having my studies to focus on has turned my life around really. I’ve come out of prison a different person,” he said.

“It’s brilliant. The college has helped me so much. I’ve a lot to thank them for.”